A Guide to the Other Identities of the LGBTQ Spectrum: What You Need to Know

Historically, the LGBTQ community has been marginalized; however, many cultures have become more accepting of the LGBTQ population as local, state, and federal governments have taken steps to protect them. Education is an important part of acceptance, which is why it is important to be familiar with the other gender identities of the LGBTQ spectrum 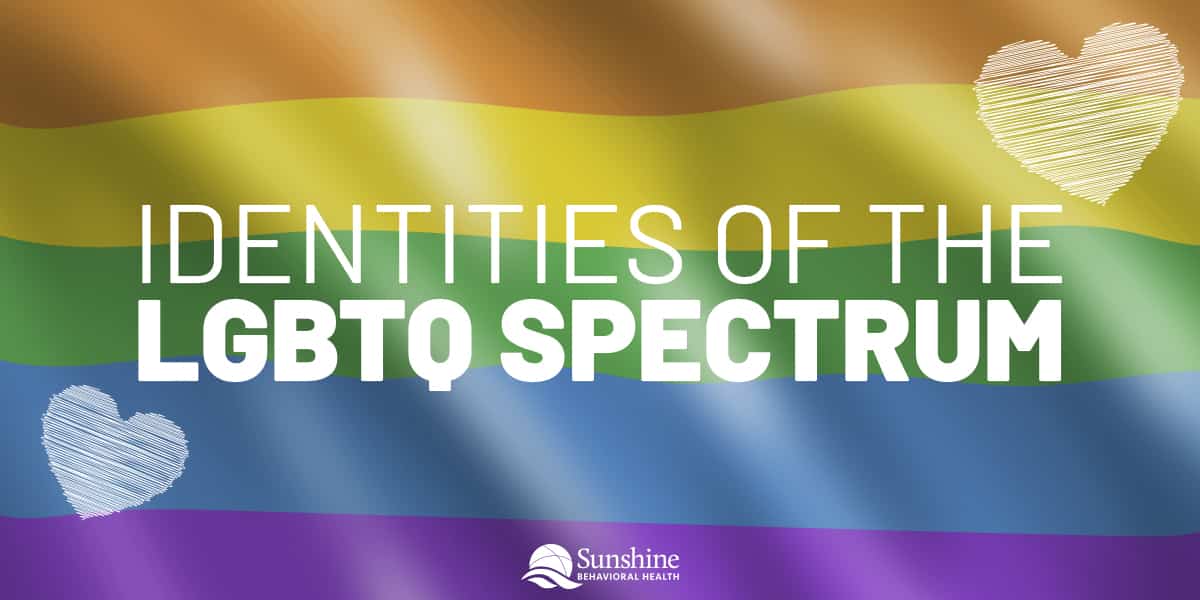 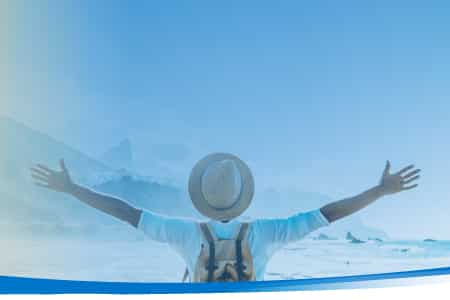 This unique intersectionality, combined with the numerous overlapping aspects of an individual’s identity, contributes to a wide variety of thoughts, perspectives, experiences, and understanding.

Even though belonging to the LGBTQ community can certainly be a source of strength, it also leads to a wide variety of challenges. A lot of LGBTQ individuals have issues recognizing how their sexual orientation and gender identity contributes to their lives moving forward.

Because this group has been marginalized in the past, and still experiences stigma to this day, many members of the community do not know where to go for help. Therefore, it is important for everyone to be familiar with the myriad of identities that are covered under the LGBTQ umbrella.

A few statistics include:

These statistics show that LGBTQ people are at a greater risk of experiencing mental health issues. Members of this community often face discrimination, denial of civil rights, denial of basic human rights, harassment, and even rejection from their own families. Therefore, it is important to develop a greater understanding of LGBTQ gender identities. One of the ways to do this is to look at the intersection of gender identity and psychology. 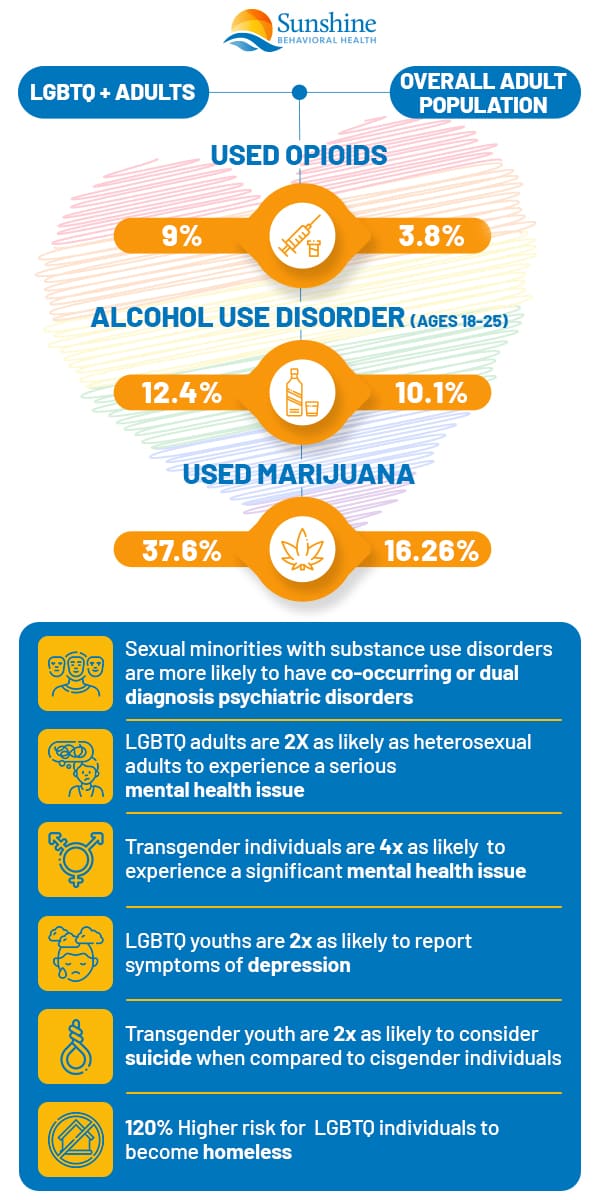 How Does Gender Identity Relate to Psychology?

Gender identity and psychology are intrinsically tied to one another. It is impossible to discuss gender identity without discussing psychology. Gender identity describes someone’s own psychological perception of being male, female, both, neither, or somewhere in between.

Even though most people have a gender identity (or the perception of being male or female) that is consistent with their biological or birth sex, this is not always the case. When someone is transgender, they may have the biological or birth sex of a male yet identify as female. The reverse is also true, where someone may be born as female and identify as male. Some people may believe their gender identity is somewhere between completely male and completely female.

Importantly, there may be variations of biological sex. Even though many people in the Western world believe that people are either completely male or completely female, sex is actually much more nuanced than that.

For example, there are some people who are born with bodies that do not appear completely male or female. Instead, they may have features of both. This term is called intersex. As an example, one study showed that as many as two percent of people might be born with intersex features. Therefore, being intersex may be more common than many people realize.

Unfortunately, people who are born with a biological or birth sex that does not match their gender identity are at risk of developing serious mental health issues. It can be psychologically confusing for people who experience gender identity issues because they may feel like they have trouble relating to people.

Because they may not know how to cope with the situation, they may develop mental health issues as a result of unhealthy coping mechanisms. Furthermore, many of these issues may have developed during childhood because their peers may not have known how to interact with them. When this is combined with a lack of education on LGBTQ issues, this can lead to mental health issues.

As a result, it’s a good idea to take a closer look at the risk factors linked to LGBTQ mental health.

There are several important risk factors that may contribute to the development of mental health issues among the LGBTQ community. These include:

Coming out — where LGBTQ individuals reveal their gender identity or sexual orientation with others — has been a major issue. Even though it is a positive change that society is more accepting of the LGBTQ population, this also means that some children are coming out at a younger age. This could adversely impact their relationships and social experiences during these formative years, leading to the development of mental health issues.

The Fear of Rejection

Coming out also creates a fear of rejection. Rejection can be a negative, traumatic experience. For example, one survey that was conducted in 2013 showed that 40 percent of LGBTQ adults experienced rejection from a family member or a close friend as a result of coming out.

When they come out, members of the LGBTQ community need the support of their family members and friends. Losing that support can create a feeling of rejection, leading to mental health issues.

Both LGBTQ children and adults are also prone to experiencing discrimination in the form of transphobia, biphobia, homophobia, and bullying. That discrimination can be traumatic. Furthermore, a report published by the New York Times showed that LGBTQ populations are the most commonly targeted community by perpetrators of hate crimes in the country. These traumatic experiences can increase the risk of developing mental health issues.

Members of this community are also prone to experiencing substance abuse issues. Substance misuse and overuse are common coping mechanisms as a way to try and dull their traumatic experiences. For example, one report showed that LGBTQ individuals are nearly twice as likely as heterosexual adults to develop a substance use disorder. Substance abuse can also lead to the development of mental health issues, and vice versa.

LGBTQ individuals tend to have more severe substance use disorders when they go into rehab. When they have substance use problems they’re also more likely to have other psychiatric disorders. Those are dual diagnosis, co-occurring, or comorbid disorders. Higher levels of depression or self-harm, for example, may lead to or result from substance use as a form of self-medication. In recovery, it’s important to address all underlying issues along with the addiction.

Homelessness tends to affect more Black and multiracial LGBTQ youth. It also can shorten life expectancies and lead to more severe forms of trauma and discrimination.

The Risk of Suicide

Finally, LGBTQ populations are also at a greater risk of attempting suicide. Suicide stems from the direct results of depression, often untreated for an extended amount of time. Because LGBTQ individuals often have a harder time accessing mental health resources, they are also at a greater risk of suicide. For example, 40 percent of adults who are transgender have attempted suicide at some point in their lives.

There is a direct relationship between the LGBTQ community, gender identity, gender expression, overall psychology, and mental health. One of the ways to address these mental health issues is to remove the stigma from being LGBTQ. Educating others on important definitions can be a helpful tool.

Important Definitions in the LGBTQ Community

There are several important definitions that everyone should understand when it comes to the LGBTQ community. While there are many people who understand what it means to be lesbian, gay, bisexual, and transgender, there are other identities people should be familiar with as well. These include:

Becoming familiar with these terms can provide valuable lessons about LGBTQ culture.

The Association of LGBTQ+ Psychiatrists