What Is Toad Venom?

Increasing numbers of people are interested in using a substance known as 5-MeO-DMT or toad venom because it produces intense psychedelic effects that some believe can ease mental illnesses such as depression, anxiety, and post-traumatic stress disorder (PTSD). 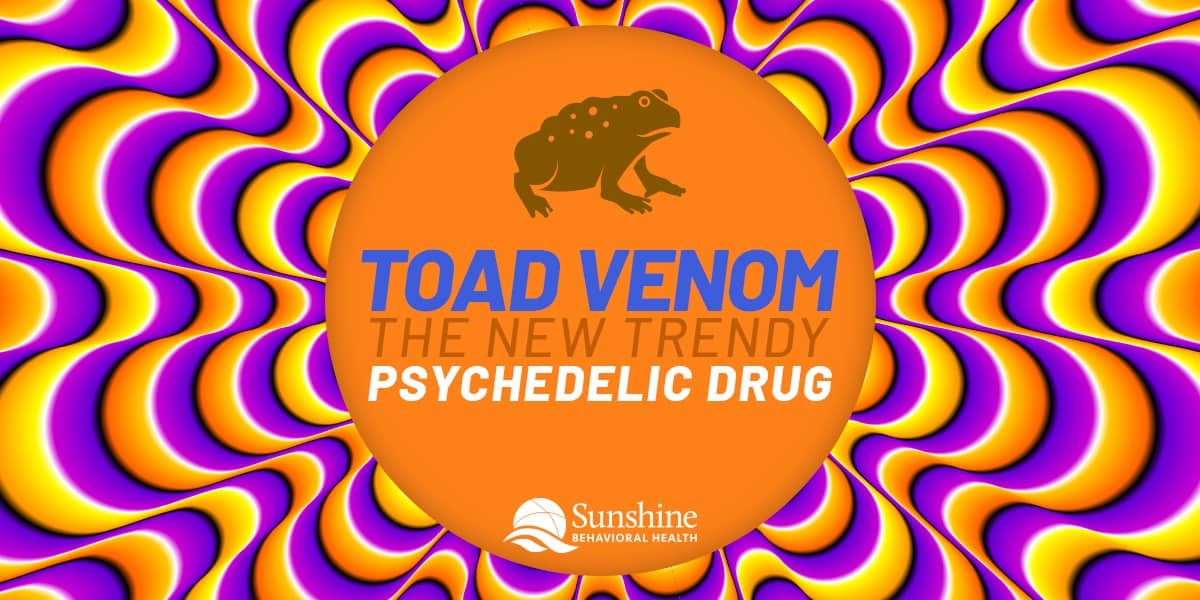 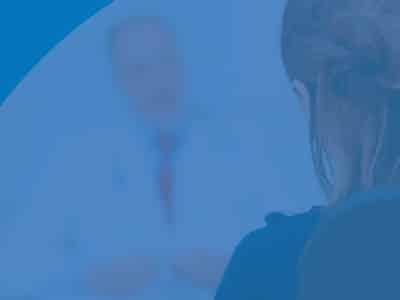 An oddly named psychedelic substance known as toad venom is becoming more popular, in part because people believe that it may help mental health. Even so, it is not currently legal in the United States and should not be used recklessly.

What is toad venom?

For thousands of years, people have used hallucinogens and psychedelics, substances that produce hallucinations or otherwise alter their perceptions, thoughts, and moods. One such psychedelic is 5-methoxy-N,N-dimethyltryptamine (5-MeO-DMT), a substance also known as toad venom.

It’s called toad venom because it is manufactured from the toxic gland secretions of the Bufo alvarius toad. The poison, known as a bufotoxin or a bufo, contains 5-MeO-DMT, which it converts from a less potent relative bufotenin.

Also known as the Sonoran Desert toad, Colorado River toad, and Incilius alvarius, the toad is a rare animal found in Mexico, California, and Arizona. One toad can produce 75 mg of 5-MeO-DMT.

Many people use synthetic (man-made) versions of the substance because the toad is a threatened (Mexico) or endangered (California) species. 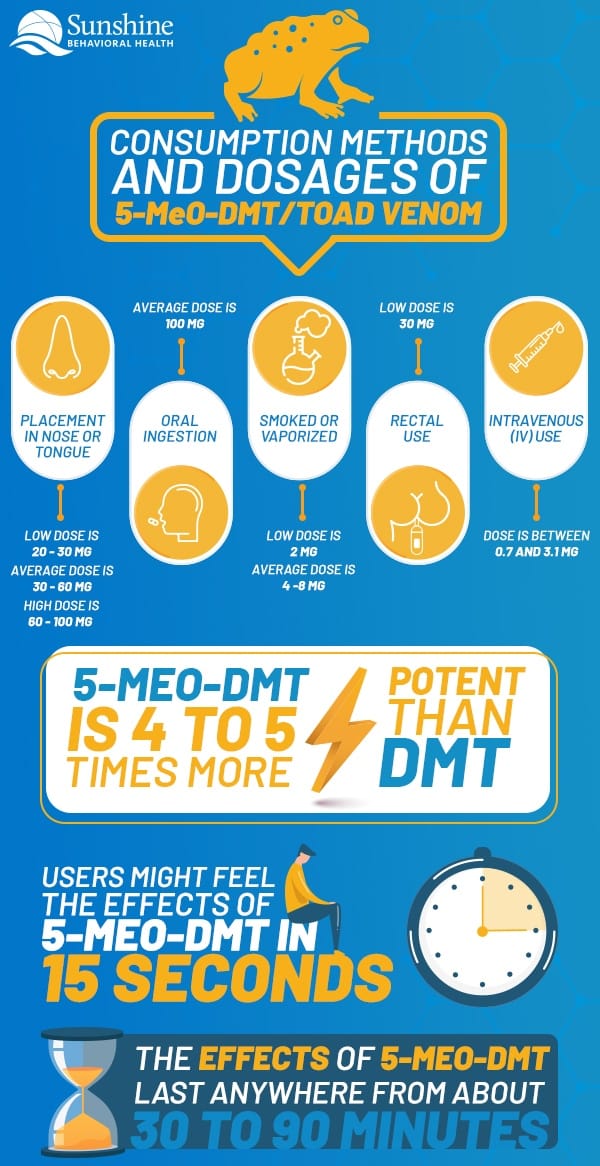 How do people use toad venom?

What happens when people use toad venom?

Toad venom/5-MeO-DMT is similar to another psychedelic known as DMT (full name, N,N-dimethyltryptamine), but 5-MeO-DMT is at least four to five times more potent. A man in Spain died in 2019 after allegedly inhaling vapors from a burning Bufo alvarius toad.

Since toad venom/5-MeO-DMT can produce powerful effects, people shouldn’t try to capture toads to extract their venom. They shouldn’t use synthetic versions of the venom on their own, either.

Instead, they should seek assistance from an experienced guide when they consume it. Guidance may be useful because the effects of toad venom/5-MeO-DMT don’t last a long time, but they can be intense.

After inhaling a toad venom/5-MeO-DMT compound for one second, users might experience effects quickly. They might feel intense psychoactive (brain-changing) effects in as little as 15 seconds. Such effects last anywhere from seven to 90 minutes and typically last about 30 to 90 minutes.

People under the influence of toad venom/5-MeO-DMT said they revisited experiences from the past. They’ve reported seeing God and other spiritual experiences. They claimed that the substance eliminated their egos, put them in touch with the universe, and shifted their perspectives in profound ways. 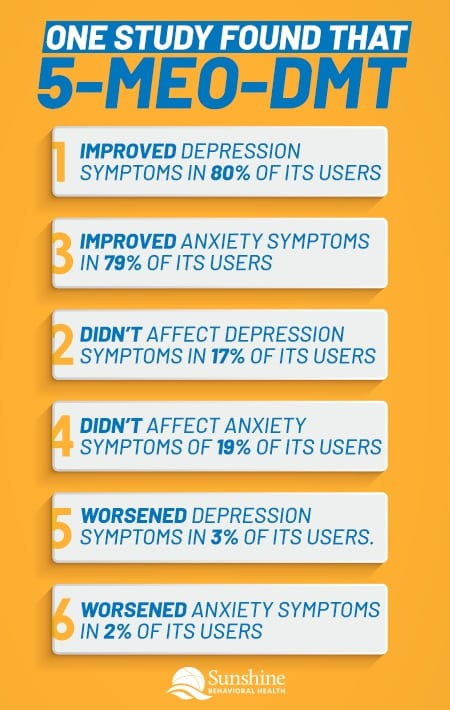 Are there connections between mental health and toad venom?

Because of such potentially mind-altering effects, people say that toad venom/5-MeO-DMT can be a valuable tool to address mental health.

On the day after they used the toad venom/5-MeO-DMT, the study participants reported higher ratings for life satisfaction, mindfulness, anxiety, and depression. These self-reported effects lasted for four weeks.

Another study noted that people who experienced more intense, spiritual, and personal effects from using 5-MeO-DMT were more likely to receive mental health benefits from the substance. The study found that using 5-MeO-DMT:

Others have used the substance to treat other mental health conditions, such as post-traumatic stress disorder (PTSD). In another study, participants received three to five doses of 5-MeO-DMT and one dose of ibogaine, another psychedelic substance.

After using both substances, the study participants reported reduced symptoms for some of their psychological problems, including:

That’s only half the process, however. To fully benefit from the toad venom/5-MeO-DMT experience, people should consider participating in integration: a process where they examine what they experienced during their psychedelic sessions and explore how to apply these experiences to their own lives.

Toad venom/5-MeO-DMT is a powerful, controlled substance. It can produce intense, uncomfortable feelings. To improve the odds that the experience will be beneficial, people should use it with the assistance of experienced guides.

Even given these caveats, toad venom/5-MeO-DMT is another psychedelic that seems promising for treating mental health disorders.