How Long Does Ecstasy Stay in Your System?

How long does ecstasy stay in your system? Ecstasy’s detection time depends on a number of factors, including the type of screening test, the amount taken, and a person’s unique chemistry.

Ecstasy is a synthetic drug that works as a stimulant and a psychedelic. Short for methylenedioxymethamphetamine, it’s also referred to as Molly or MDMA (among many other names).

The drug messes with your sense of time and perception, so changes in energy and euphoria are common results. Additionally, it heightens the mood and senses, so someone on ecstasy may want to hug others or touch things. As a result, it’s referred to as “the love drug” by some.

There’s a downside to all the love, though. That burst of energy can keep someone on the dance floor—the reason it’s called a party drug—for hours without feeling tired, but it also causes muscle tension and jaw-clenching. (One reason why Molly and pacifiers sometimes go hand-in-hand.)

Ecstasy causes memory and thought problems to develop over time, too. That’s in part because chronic MDMA use can cause damage to the body’s serotonin regulation, a neurotransmitter that affects mood, sleep, and appetite. What once was used to heighten pleasure can eventually dull it.

Molly also interferes with other neurotransmitters in the brain, particularly dopamine (which regulates reward centers and energy production) and norepinephrine (raising heart rate and blood pressure).

As a result of such interference with these neurotransmitters, ecstasy can cause nausea, confusion, anxiety, blurred vision, faintness, and chills. In worst-case scenarios, overdosing can lead to dangerous body temperature spikes, dehydration, seizures, kidney or heart failure, and even death. Taken with alcohol or cut with other substances raises the risks of overdose and complications.

Usually MDMA comes in colorful pills, in tempting candy hues. Sometimes users “stack” the pills, taking a few at once. Or they’ll piggy-back or take several doses in short order, to extend the effect.

How Long Does Ecstasy Stay In Your System?

When a person takes ecstasy, they will feel the effect once the pill is dissolved and the drug begins to enter the bloodstream. That takes about 30 minutes. The hallucinogenic and euphoric effects last somewhere from three to five hours, but ecstasy stays in the body a while longer. Depending on the type of screening method, traces of ecstasy can last anywhere from a day or two to several months.

Does Ecstasy Show Up in a Drug Test?

There are a number of ways to perform ecstasy drug tests. It can be found in saliva, urine, blood, and hair. It usually is detectable in bodily fluids anywhere from one to three days after taking the drug. The type of test (blood, urine, etc.) determines the windows of detection.

It’s worth noting, too, that most research involves testing a person taking a single recreational dose. More doses may produce different results.

How Long Does Ecstasy Last in Saliva?

One study published in Therapeutic Drug Monitoring examined ecstasy drug test detection times. One study found it can be first detected in a person’s saliva anywhere from 15 minutes to one hour, 15 minutes after taking a dose.

A one-time recreational dose of 70-150 mg tested positive for one to two days. It tended to be most concentrated in the 90-minute to three-hour window after taking ecstasy.

How Long Is Ecstasy Detectable in Urine?

Usually ecstasy shows up in urine tests for one to three days after dosing. One study detected urine less than an hour after taking a high dose of Molly, but usually it’ll test positive an hour or two after dosing.

For another study, most of the drug left the body within 24 hours, and it was mostly undetectable after 48 hours. A few people tested positive five or six days for a particular metabolite of MDMA, glucuronidated/sulfated 4-hydroxy-3-methoxymethamphetamine (HMMA). It’s thought that urine pH may determine how fast Molly leaves the system.

How Long Does Ecstasy Stay in Your Blood?

Ecstasy stays in the blood one or two days after taking the drug. It enters the bloodstream quickly and may show up in a test in as little as 30 minutes after taking Molly.

How Long is Ecstasy Detectable in Hair?

Ecstasy can be detected in hair, too. Many tests screen about 90 days back. Since hair grows approximately a half-inch per month, a 1.5-inch sample taken close to the scalp can give a lab an idea of a person’s recent drug-taking history (or lack thereof). 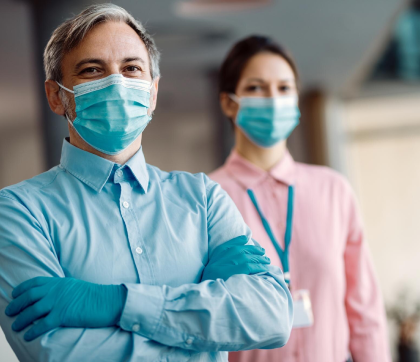 We have taken the necessary precautions to minimize the risk of exposure and transmission of the Coronavirus to those in our treatment programs, allowing them to focus on their recovery.

When referring to a drug’s half-life, that means how long it takes for a drug’s presence in the bloodstream to be reduced by half.

The half-life of ecstasy is eight to nine hours. If a person were to take a 100-mg dose they’d feel the peak effects within an hour or two, but by the eight-hour mark half of that dose would be metabolized out of the bloodstream, to 50-mg. In another eight hours that 50 mgs would be halved once again, to 25 mg. It takes about five half-lives—amounting to about 40 hours—for more than 95% of the Molly to leave the body.

One Last Note on Drug Testing

Some prescription medications and over-the-counter medicines (certain antidepressants and pseudoephedrine, for example) can produce a positive test result for ecstasy. If getting a drug test, it’s wise to tell the clinic or lab what medications and supplements you are taking, to ensure there’s no confusion.

There are standard detection windows, but the dose and personal metabolism influence the results. Someone who’s stacking or piggy-backing may have ecstasy linger longer in their system compared to someone who’s just had one dose.

Since MDMA is an illegal drug, it’s not regulated, and a user may be getting ecstasy but it might also be cut with other substances. Such cases can raise the likelihood of complications—including deadly ones—and it may affect the results of a drug test.