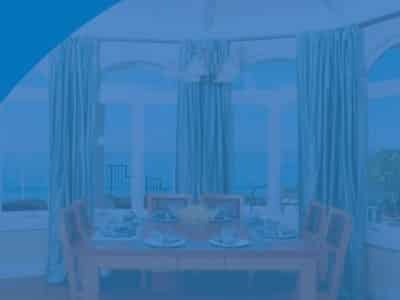 Native American populations have a history longer than the United States. They’re a diverse group with cultures, traditions, and beliefs that are unique and different. Understanding this is critical for successful addiction treatment and recovery.

Individuals from these populations use many names to describe themselves, such as Native Americans, American Indians, and Indigenous Americans. Such names are general terms for all indigenous people in the country. The U.S. Census Bureau refers to the community as American Indians and Alaska Natives (sometimes known as AIAN or AI/AN).

Terminology is different for individuals and smaller groups. “The consensus … is that whenever possible, Native people prefer to be called by their specific tribal name,” says the National Museum of the American Indian. To be even more specific, some indigenous people also refer to themselves by their clans and regional languages within these larger tribes.

Scholars hold different theories about the origins of Native Americans. After studying DNA samples from Native Americans as well as people from Siberia and China, some genetic researchers deduced that about 250 people immigrated from Siberia to the Americas some 15,000 years ago. Others place the arrival at over 13,000 to 16,000 years ago. Their descendants live throughout North, South, and Central America.

Using the category American Indian and Alaska Native alone or in combination with one or more other races, the U.S. Census Bureau has tried to determine the number of Native American people living in the United States. In 2019, it was estimated that there were 5,665,200 people in this category.

With more than five and half million members, Native Americans are a large and diverse group of people. While the U.S. federal government recognizes 573 AI/AN tribes, U.S. states recognize more than 100, according to the U.S. Office of Minority Health. The office noted that some Native Americans live on reservations or trust lands (22%), but most don’t, with 60% living in metropolitan areas.

High addiction rates have accompanied these large numbers. “Compared to other racial/ethnic groups in the U.S., American Indians/Alaska Natives (AI/ANs) have the highest rates of alcohol, marijuana, cocaine, and hallucinogen use disorders and the second highest methamphetamine abuse rates after Native Hawaiians,” stated researchers in the Journal of Addictive Diseases in 2011.

The Indian Health Service (IHS) is a U.S. federal program created to address the health of American Indians and Alaska Natives (AI/AN), which is the program’s term for indigenous peoples. It also calls AI/AN people a race of people.

According to the IHS, compared to the 2008 death rates of other races, the 2007-2009 death rates of American Indians and Alaska Natives were higher in several categories:

Alcohol and drugs often play a role in such deaths. The substances can cause liver disease that leads to cirrhosis (scarring), heart disease, lung disease, and other complications.

They can also contribute to violence and accidents. Alcohol or drug abuse contributed to 50% of the deaths of people fifteen to twenty-four years old, reported the American Academy of Child & Adolescent Psychology.

By treating substance abuse and addiction, people could prevent several of these problems. 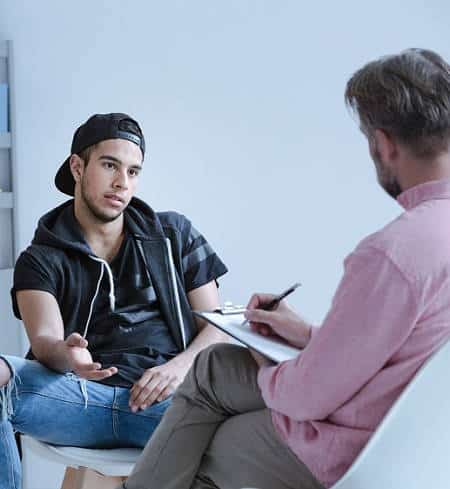 There are many different inpatient drug rehab options out there, but not all of them work for everyone. When seeking a residential treatment program, it is important to know what to look for to ensure the best recovery experience possible.

Treating addiction is essential to improve health outcomes amongst Native Americans. It can address current addictions and the problems they cause. It can also prevent the long-term complications of addiction.

“Alcohol use disorder (AUD) is viewed as a primary chronic disease with genetic, psychosocial, and environmental factors influencing its development and appearance,” says the Indian Health Service (IHS).

Since it calls alcohol use disorder a primary chronic disease, the IHS acknowledges that addictions aren’t cured but managed. Ongoing support can help people from turning to alcohol and drugs again, especially when life becomes difficult. Relapse is a part of the journey that must be taken in stride and dealt with as it comes.

Throughout their history, Native Americans have also had to face racism and social injustice, challenges they continue to face today. When discussing these challenges for other populations, people sometimes don’t know or fail to acknowledge that Native Americans also experience them as well.

With such initiatives, tribes help their fellow community members receive assistance to treat substance abuse disorders and addiction. They manage and operate these programs, playing an integral role in helping other members of their community.

Other programs and treatment facilities help Native Americans address the physical and mental ramifications of addiction and abuse. Early treatment for alcohol-related problems can prevent certain conditions or prevent them from worsening. The problems include:

Early treatment can have a significant positive impact on a person’s life. It could even save it.

Not all assistance is the same. While Native Americans have the same treatment options as other populations, certain considerations might make some choices more inviting and effective.

Understanding is key. When studying why Native Americans often have worse health outcomes compared to other groups, researchers found that they might not have the health literacy they need to understand disease and acknowledged that doctors might not have the cultural competency required to assist them.

Native Americans who seek treatment might well be minorities in the facilities they visit. They may be nervous about discussing their condition with others, especially if they’ve encountered racism and prejudice in the past.

If they’re more comfortable speaking in a specific language, they might find it difficult to communicate in English and understand the details of their care. If they live on a reservation, they might be anxious about traveling somewhere else for health care.

“Minorities, including Native American, Hispanic, Asian, Latinos, and African American populations, are less likely to have a regular source of care,” noted the American Journal of Managed Care (AJMC). The journal notes that these differences could be due to

Professionals who work with Native Americans should understand the beliefs, customs, and health care approaches of the tribe members in their areas. If they don’t, they could ask the people they’re treating.

For example, some rural Native Americans think that dreams are tools for predicting the future, but they might be reluctant to talk about them because they think that medical providers will judge them. But if practitioners know this belief, they can reassure their clients and encourage them to have such discussions. The dreams could ultimately help practitioners assess the state of their clients’ mental health.

Furthermore, some Native Americans say that members of white communities move more quickly and don’t take enough time to talk with others. Native Americans might be more comfortable with taking more time to form thoughts and with silence. Understanding how different cultures behave can improve the quality of care.

Care that is culturally sensitive also recognizes that some Native American tribes sometimes incorporate drugs such as peyote and ayahuasca as part of their spiritual beliefs. Professionals who recognize and respect these practices and other aspects of their clients’ backgrounds may develop better relationships and achieve more successful treatment outcomes.

Cultural competence is an important factor in addiction treatment and other aspects of health care. Without it, people may not understand each other or be comfortable with each other, which could prevent people from receiving the treatment they need.

To achieve the best outcomes, Native Americans need addiction treatment assistance that is both comprehensive and culturally competent. Health care providers who are culturally competent value diversity, are committed to learning more about cultures, and incorporate their values in their work.

They might require clients to undergo detoxification procedures (detox), which eliminate alcohol or drugs from their bodies. This procedure usually takes place under medical supervision, because the side effects of withdrawing from the substances could be painful or dangerous. Doctors might prescribe drugs to ease these symptoms and reduce cravings.

A prominent part of addiction treatment is therapy. Culturally competent therapists use different therapeutic approaches to help Native American clients explore why they developed addictions to alcohol or drugs and develop ways to avoid using them again.

Since addiction affects people differently, it’s important to tailor addiction assistance programs to fit individual clients. If they’re interested in exploring their culture, Native Americans may want to incorporate traditional Native American healing practices into their programs. These practices might include

Many people find that joining support groups is a useful way to stay sober. Here, too, finding culturally sensitive assistance can make all the difference.

Spiritual beliefs “embodied in Indian culture and tradition” can help people achieve and maintain sobriety, according to the NAIGSO-AA. Incorporating such beliefs indicates that Native American culture can enhance addiction treatment instead of impeding it.

Colleges and universities are dedicated to uncovering and sharing information. They are good sources for information about addiction and treatment.

The Johns Hopkins Center for American Indian Health offers programs and research studies to help treat addictions and prevent future addictions. Since the center’s offerings include community feasts, it offers assistance that incorporates the culture of the Native American populations that it serves.

Contacting organizations can also be a good way to find rehab programs and recovery resources. Organizations such as Native American Connections have their own rehab centers and programs and can help people find various treatment options.

If people are interested in particular addiction treatment centers or programs, they might consider contacting them to learn more about the services they offer. Some may have options that appeal to Native American communities.

Finding treatment that respects people’s cultures and addresses their addictions can help them create fulfilling lives without alcohol or drugs.