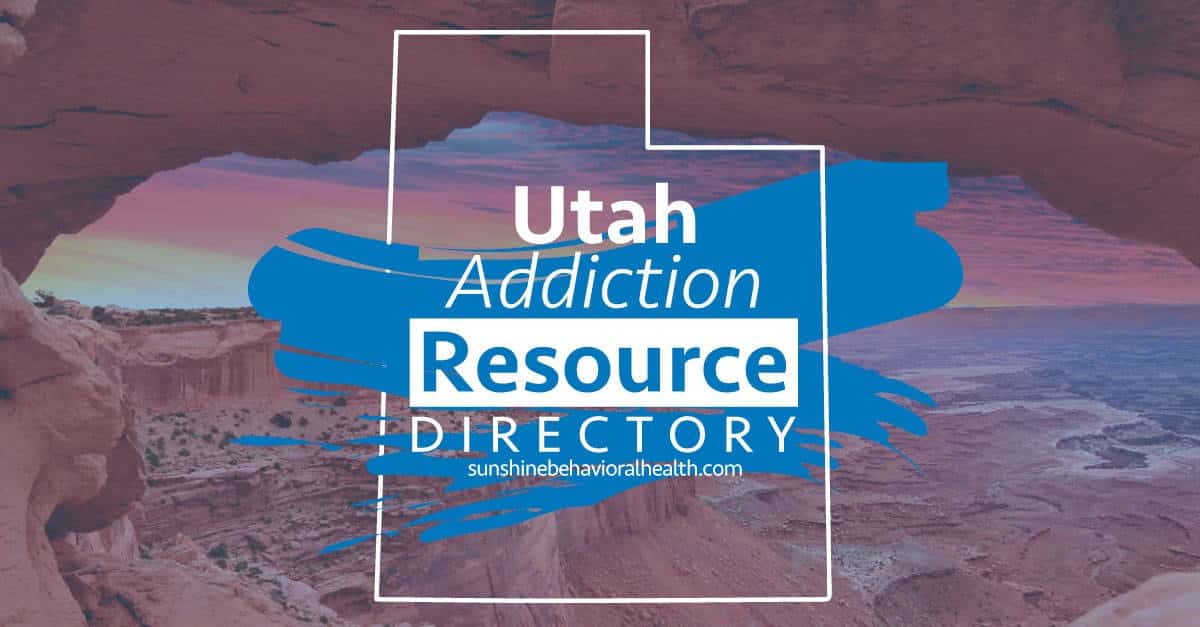 Utah, home to 3,205,958 socioeconomically and culturally diverse people, has its fair share of substance abuse problems. At least 10.6% of high school students in the state abuse alcohol while a further 7.9% use marijuana. Besides alcohol and marijuana, the other most commonly abused substances in Utah are methamphetamine, cocaine, stimulants such as Adderall, and opioids like heroin.  456 deaths in the state were a result of an opioid overdose.

Some of the most common mental health issues that Utah faces include;

The issues can range from mild to severe depending on the patient and a number of factors.

Substance abuse while having a co-occurring mental health issue can also complicate the problem and make its treatment more complicated. Drug and alcohol abuse is often seen as an alternative to getting qualified help, given the state’s lacking mental health services, but it only worsens the situation and wreaks havoc on the individual’s life.

In some instances, mental health issues have contributed to intentional overdosing on illicit substances and self-inflicted deaths. Most overdoses are however usually ruled out as accidental.

Drug abuse and life in crime

Most people, especially adolescents, start out by experimenting with drugs out of curiosity. However, experiments turn into addictions that sometimes result in life-changing behavior with legal consequences. For starters, some addicts turn to petty crime to be able to fund their addictions. Since substances alter an individual’s state of mind and cognitive functions, there is also an increased risk of engaging in violent crimes such as rape and murder for drug addicts.

In 2018, Utah had 42,519 narcotic offenses reported by law agencies. Criminal charges relating to drugs have a wide range of penalties. Possession of drugs can attract at least a misdemeanor sentencing in Utah. There is the risk of getting locked up for a period of between six months and 15 years, depending on the type of drug found in possession of and the amount.

Driving under the influence can also have repercussions in the state, ranging from suspension of driving license to jail terms. Repeat offenders risk even more severe penalties.

The fact that most of the drugs consumed in Utah are smuggled in by international drug cartels from countries such as Mexico has not only hurt the state but the United States as well.

Recognizing the need to fight substance abuse in the state, the government of Utah, and the federal government, has continued to invest in drug rehab centers in Utah. There are a number of Utah rehab facilities – both private and government-sponsored- that provide professional treatment and care for people suffering from a substance abuse disorder. You can also find luxury rehab in Utah. Depending on the patient’s needs, various Utah drug rehab centers offer outpatient, inpatient, and residential treatment options.

Rehab centers in Utah follow strict guidelines and regulations in order to ensure that people who seek treatment for substance abuse can get the best and most professional care they can get. Staff at Utah rehabilitation centers have to be licensed and accredited to ensure that they can provide industry-standard services to people who need them. Besides completing the required coursework, professionals also have to have at least 6 months of supervised clinical work before they can be licensed to work in a Utah treatment center. The Utah Substance Abuse Advisory Council governs all the rehabs in Utah and regulates the industry.

Most people do not seek treatment for substance addiction because they do not know where to start. As a result, lives have been lost in situations that could have been prevented. If you or a loved one is battling substance abuse disorder, it is important to know that there is no shame in seeking help. You should reclaim your life. There are a lot of treatment centers in Utah that can help you get back on track and enjoy life once more.

The journey to recovering from substance abuse disorder is not an easy one and you need someone to hold your hand on the path to soberness. The right addiction treatment program will have a team of experienced addiction experts to provide you with encompassing care as you recover from your addiction. Specialized treatment programs include an aftercare package that is designed to help you stay sober once you leave your chosen treatment facility.