Contingency management—small rewards to encourage abstinence and other behavior changes—alone and with other substance abuse treatments, is available through Veterans Affairs hospitals. 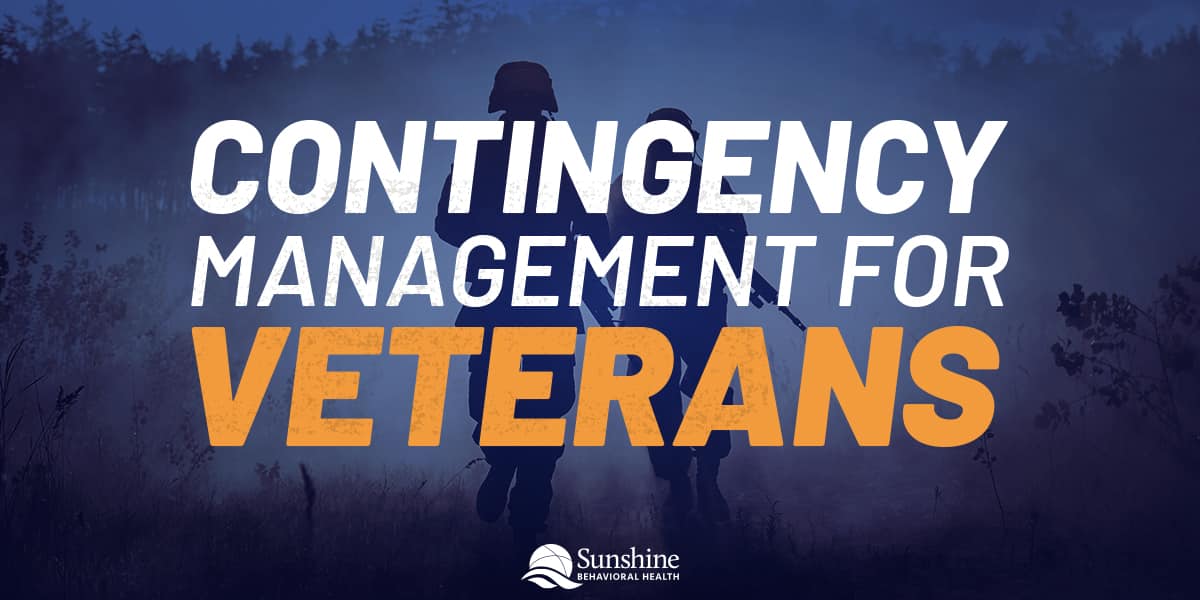 Contingency management for substance abuse treatment isn’t very well-known, but it’s been around for at least 30 years. Although it is evidence-based, it isn’t often covered by health insurance plans.

Fortunately for this nation’s military veterans, VA hospitals have offered surprisingly effective voucher-based therapy since 2011. It is effective and can even be fun.

The number of Americans reporting substance use disorders—from binge drinking to illicit opioid use—is on the rise. In 2019, that rate was 7.3% (20.4 million), with some early indicators that it rose in 2020. That includes veterans.

Although the statistics are confusing, veterans seem to have at least as many and as severe substance use disorders—binge drinking, alcoholism, illicit drug use, and misuse—as the general public.

The rates can be as much as five times higher among vets ages 18 to 25 than those 26 and older:

The rates of mental illness also are increasing. In 2019, the rate of any mental illness (AMI) among the general population was 20.6% (51.5 million); serious mental illness, 5.2% (13.1 million). It is important to seek help; like the heroin help hotline or the cocaine addiction hotli

Substance abuse often co-occurs with mental health issues, such as major depressive episodes (MDE), suicidal thoughts, and post-traumatic stress disorder (PTSD). In 2019, the rate and number of people, 18 and older, with a co-occurring mental illness and substance use disorder were:

Some say those rates are greatly underestimated and that as many as 20% of post-9/11 vets may suffer from a SUD and PTSD at the same time, and 15% a SUD and MDE.

However you parse the numbers, millions of people need substance use disorder treatment 21.6 million, by one account—but only 12% get it.

Any treatment that could help, especially any with evidence of effectiveness, ought to be encouraged. Contingency management can, but it’s not.

What Is Contingency Management (CM)?

Contingency management has been unfairly derided as paying someone to remain sober although it costs little, and boasts a high success rate. It is most often used in conjunction with other therapies—such as cognitive-behavioral treatment and medication-assisted treatment (MAT)—especially for methamphetamine, heroin, and cocaine use disorders.

It has also proven effective in the treatment of mental health issues and increasing the number of people who get COVID-19 vaccinations.

Contingency management is a technique, based on behavioral psychologist B. F. Skinner’s operant conditioning, in which people are rewarded for continued abstinence—as confirmed by clean drug tests—with a small reward or a chance at a reward. 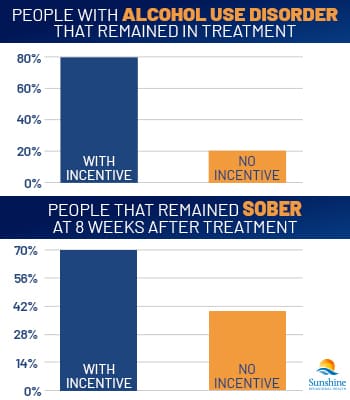 Those in a contingency management program undergo regular—daily or weekly—urine tests, or more frequent breathalyzer or other alcohol compliance tests.

When they test negative for drugs or alcohol, they receive a reward, usually in the form of a slip of paper. The slip might contain an affirmation (“Good job!”) or be redeemed for cash, privileges, prizes, or the opportunity to win prizes.

Some prizes may be cumulative, with more than one slip required. In some programs, the more sober days people have, the more slips of paper they may draw, increasing their chances to win something. If they test positive for drugs, they lose any accumulated vouchers or privileges. Such accountability seems to be as important as the value of the reward.

Privileges may include trust.

MAT involves the use of drugs such as methadone or buprenorphine (Suboxone) to prevent withdrawal pains until the clients are recovered enough to abstain on their own. With MAT, clients can function in their daily lives, go to work or school.

Because methadone is an opioid, clients who use methadone often have to report daily to doctors or clinics for their doses of the maintenance drug. With contingency management, those who have tested negative for drugs several days in a row, they may be allowed to keep a few days’ worth at home and avoid the daily doctor’s office, clinic, or hospital visit.

Why Does Contingency Management Work?

Substance use disorder is difficult to overcome because it rewires the brain. Abusing substances enhances the prefrontal cortex and reduces impulse control. That is why people with SUD often cannot stop using substances on their own. By giving them rewards, contingency management helps enable abstinence from alcohol and drugs.

Another problem is that SUDs involve habits. Once established, people may find it very difficult to end them. People may find it easier to change their habits instead of ending them completely. A 12-week contingency management program in conjunction with other therapies may create new, healthier habits.

A related concept is Charles Duhigg’s habit loop that consists of cues, routines, and rewards. Something (a cue) triggers a behavior (a routine) that causes you to seek a reward such as alcohol or drugs. If you can change the reward to something healthier, it may help you remain abstinent.

In Higgins’ initial program, half the participants could earn voucher incentives for remaining abstinent (up to $1,000 if they stayed abstinent for the whole period), and half could not. Compliance was monitored with twice-weekly urine testing.

Both groups of participants also received the community reinforcement approach (CRA) behavior therapy to reconnect them with positive role models and influences, including Narcotics Anonymous (NA), friends and family, and healthy recreational options.

Medication-assisted treatment (MAT) is another option to treat SUD, often used in men’s inpatient rehab programs. In this type of treatment, opioid drugs such as methadone or buprenorphine are used for maintenance to help clients avoid withdrawal symptoms but not experience euphoria (get high).

One problem with MAT is that people with opioid use disorder sometimes also abuse non-opioid drugs for which there are no MAT options. Contingency management may improve treatment results.

In 1996, Dr. Kenneth Silverman used another voucher-based contingency management regimen for methadone users who abused cocaine. For this study, half earned up to $1,000 in vouchers by remaining drug-free while the other half received them regardless of their urine test results.

Vouchers or other incentives have also helped people stop using other drugs and substances, including:

The Veterans Canteen Service (VCS) contributes $100,000 in voucher coupons annually to support VA’s contingency management programs. According to the Center of Excellence in Substance Addiction Treatment and Education (CESATE), it couldn’t run the program across the VA without that support.

Why Some Programs Do Not Use Contingency Management

Decades of studies have shown that contingency management may work. In the United States, the Department of Veterans Affairs has adopted the technique, while the National Health Service has used it in the United Kingdom. Why is the approach not widely used even more?

Many policymakers, politicians, and addiction physicians do not believe in the approach or trust it. Some ignore the evidence and rely on faulty information, prejudices, or claims:

People with one SUD or mental health issue may have another addiction or addictive behavior, such as gambling. The addiction treatment community sometimes worries that awarding prizes could be a form of gambling or might enable gambling.

Inaccurate Claim: It does not work

It may sound simple or childish to think that veterans or other people with SUD will avoid drugs because they may win a small prize or amount of cash. But even if it seems counterintuitive, the approach does work.

One reason may be because the people in these programs want to stay sober. They have sought assistance and entered rehab programs. They are motivated already.

Contingency management does not happen in a vacuum. It is usually not the sole treatment people receive. It is an added inducement. It reinforces veterans’ resolve to stop using and is a psychological tool.

After such programs end, some people may start using again, but that is true of every addiction treatment and every chronic illness. Clients who participate in contingency management programs are more than 100% more likely to achieve abstinence. Contingency management has a higher retention rate than any method, except MAT. which is also disliked and distrusted by many critics.

Inaccurate Claim: People will use their prize money to buy drugs.

It is a well-known fact that SUDs affect people’s behaviors. People with SUD sometimes steal cash and sell belongings, theirs and other people’s, to finance their habits.

People in treatment and contingency management do not have a greater likelihood of engaging in such behaviors. In a 2014 randomized trial, there was no difference in rates of drug use, cravings, or high-risk behaviors among trial participants who received cash, vouchers, or neither.

Inaccurate Claim: It costs too much money

Spending one thousand dollars per client for cash and prizes for a contingency management (CM) program is a large expense. It may be difficult to acquire government funding for this amount.

This amount does not even include the costs of conducting urine drug tests twice a week. Governments and private donors may resist contributing to CM programs because they may consider them bribes for people to remain sober.

But $1,000 per client was just the amount used in early trials for the technique. Subsequent trials and programs have been less expensive but have proved effective.

Since June 2016, Shreveport, Louisiana’s Overton Brooks VA Medical Center Substance Use Disorder clinic has mostly offered prizes such as pieces of paper that say, “Good job!”, and vouchers for small dollar amounts, exchangeable for food or merchandise from the Veteran Canteen Service (VCS).

There is a single top prize of $100. The cost over twelve weeks is about $200 per client, a number that may be far more palatable and cost-effective than earlier, more costly programs.

Other programs may use similar incentives. If a particular VA center does not have a canteen, a selection of merchandise offered by the canteens may be kept in prize cabinets.

Prizes in such programs may be small token prizes. One Washington pilot program gives out toiletries such as shampoo and toothbrushes, a few coffeemakers, and the occasional DVD player. This program keeps costs to about $100 per client.

Aside from the cost of prizes, there are often few expenses for contingency management programs. People must administer urine or breathalyzer tests, but those people do not need to be licensed clinical staff members.

Given the costs of SUD to society (more than $520 billion, and that is not counting an additional $300 billion for tobacco) in increased healthcare costs, crime, and lost productivity, cognitive management seems a bargain.

When MAT—particularly methadone—is combined with contingency management, lifetime cost savings over no treatment (including for criminal justice) ranged from $25 000 to $105 000. 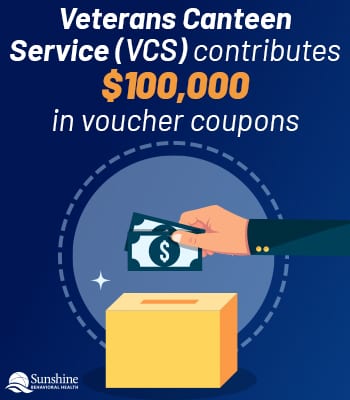 With substance use disorder rising among recent veterans, and few effective treatments for non-opioid use disorders such as methamphetamine (meth) and cocaine abuse, we need to use and encourage all tools at our disposal.

There are stigmas among some veterans and military personnel about treatment for mental health disorders and substance abuse. They think that military service requires mental toughness and that seeking help is a sign of weakness. Despite such stigmas, veterans are more likely to receive treatment for SUD than nonveterans.

Many veterans’ SUDs relate to cigarette smoking and heavy drinking (consuming more than five drinks at a sitting more than five times in a month), but prescription drug and illicit drug use have also skyrocketed.

Stimulants such as cocaine and methamphetamine also are a growing problem and have fewer effective treatment techniques than opioids. Contingency management is a treatment that may work. 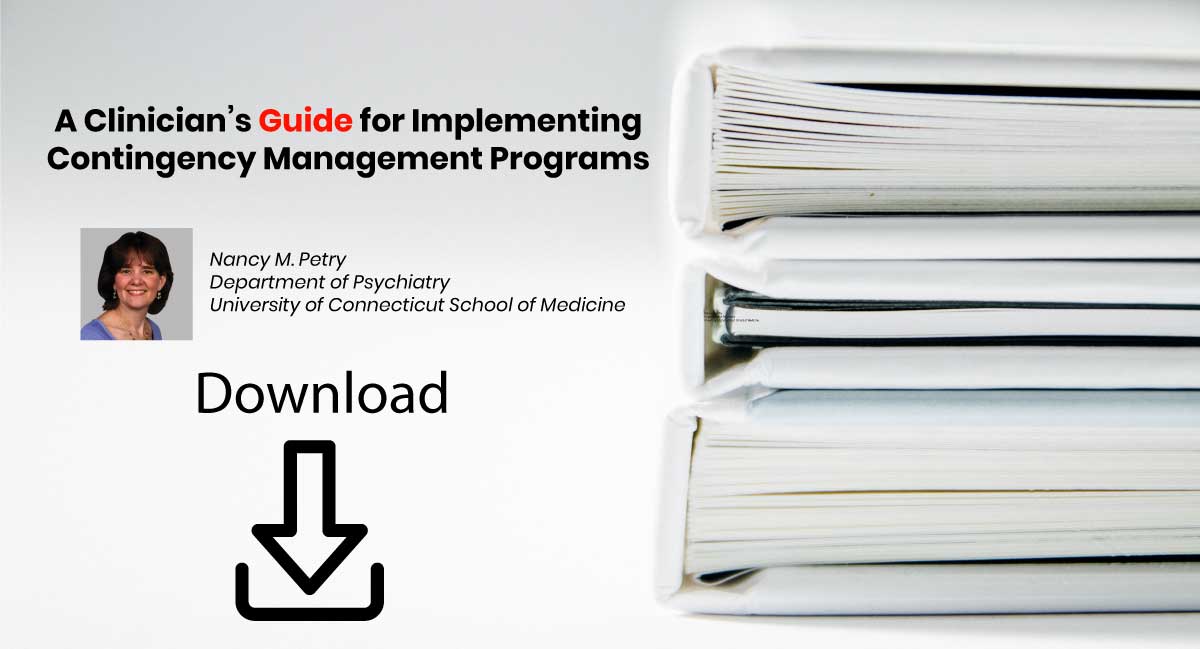