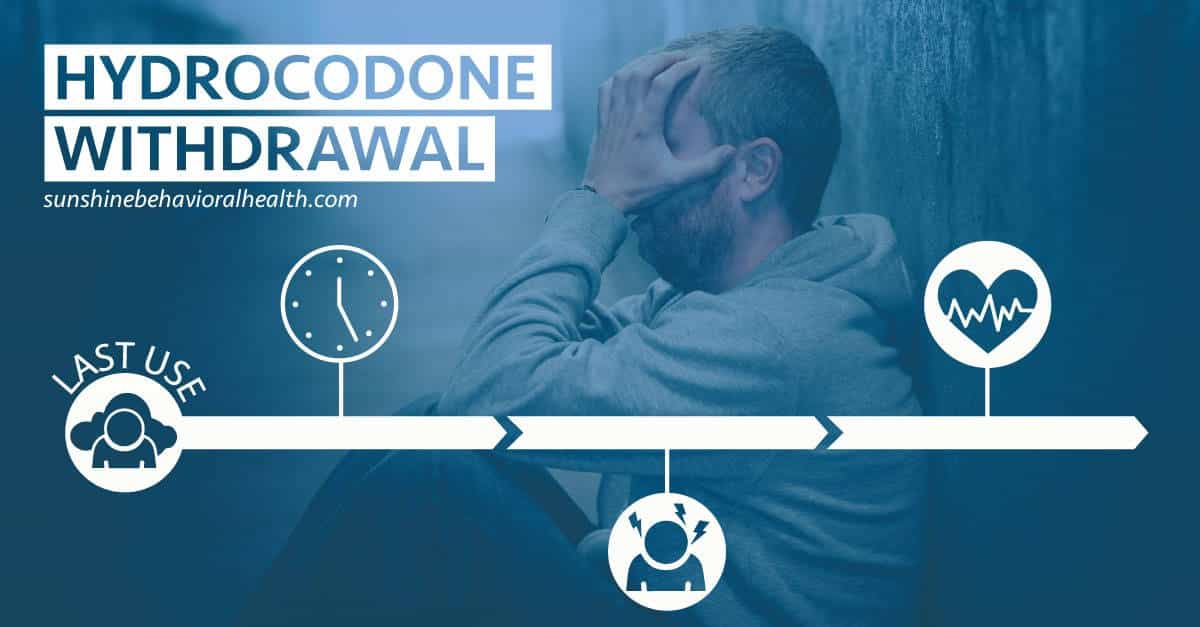 Although opioids do have their benefits, they can be pretty addictive. In fact, more than 130 people die from an opioid overdose every day, according to the National Institute on Drug Abuse. Among the most abused opioids is hydrocodone, a prescription opioid typically used in pain relief for chronic cases.

The drug alters how the brain interacts with hormone dopamine, both by reducing pain and increasing the hormone’s production. If a person becomes used to taking pain killers that contain hydrocodone, the chances are that their bodies will become tolerant to the drug. To feel the desired effect from the drugs, more will need to be taken, which often leads to an overdose.

Often, this will also lead to physical dependence on the drug. Once you try quitting it or reducing your regular dosage, the chances are that you will experience hydrocodone withdrawal side effects. Ideally, you must go through these hydrocodone withdrawal symptoms to stop being overly dependent on the drug. With the right care from a professional, the symptoms can be less severe.

How Long Does Hydrocodone Withdrawal Last?

Most medication that contains hydrocodone, like Norco and Vicodin, tend to have an immediate-release formulation, with their effects expected to last between 4 and 6 hours. However, others might have an extended-release formulation that extends the effects of the drug to 12 hours, which further delays withdrawal symptoms. Generally speaking, drugs containing hydrocodone will last between 6 and 12 hours, and the withdrawal symptoms will peak within 72 hours.

However, the symptoms can extend to a month. Some of the emotional effects, as well as the drug craving, can last for months. The more you take the drug, the higher the levels of psychological dependence that you will develop. If you have underlying mental or medical health issues, they may also affect the length of the withdrawal since the brain has to work its way into restoring balance.

Hydrocodone withdrawal symptoms can last from one person to another, depending on a number of factors, which include:

What Withdrawal Symptoms Should You Expect?

As an opioid, hydrocodone binds with multiple opioid receptors in the central nervous system and the brain. This acts as a way to depress certain psychological processes, which reduces your heart rate, breathing rate, body temperature, and blood pressure. As a result, the removal of the drug from the life of a person who is dependent on it will result in distressing consequences as the brain tries to recover.

Blood pressure, body temperature, respiration, and heart rate might all hike if the use of the drug is stopped abruptly. This is why trying to quit taking the drug without medical supervision is highly shunned. In the worst-case scenario, this can result in hydrocodone withdrawal death from the complications that come with withdrawal. People who are trying to quit the drug while unsupervised might also easily relapse. Sadly, the developing tolerance to the drug might result in them overdosing. Some of the withdrawal symptoms to expect include:

Relapse, for some people, comes as a result of trying to quit the drug without any kind of medical detox program. The withdrawal symptoms, both physical and psychological, might take a toll on their wellbeing, leaving them with no choice but to use the drug to feel better. Medical detox helps you deal well with the withdrawal symptoms. Medical professionals will typically suggest drugs to help you cope with the physical conditions that come with using the drug, from high blood pressure, diarrhea, vomiting, sweating, muscle aches, and even restlessness.

However, you still need to deal with the psychological symptoms, which is where counseling and therapies come in. Medical professionals will help you understand the drug’s triggers, and how to fight your cravings. While it might take some time to achieve normalcy, the process above is essential to deal with hydrocodone dependency. Ideally, medication will reduce the hydrocodone detox timeline by a significant level, but this is not always the case.

The cessation journey for hydrocodone might not always be easy, but it is manageable. With the help of addiction recovery professionals, you can have some control over your life. If you want to deal with hydrocodone dependence, follow the hydrocodone withdrawal and detox guide above, and be sure to seek treatment for your addiction.