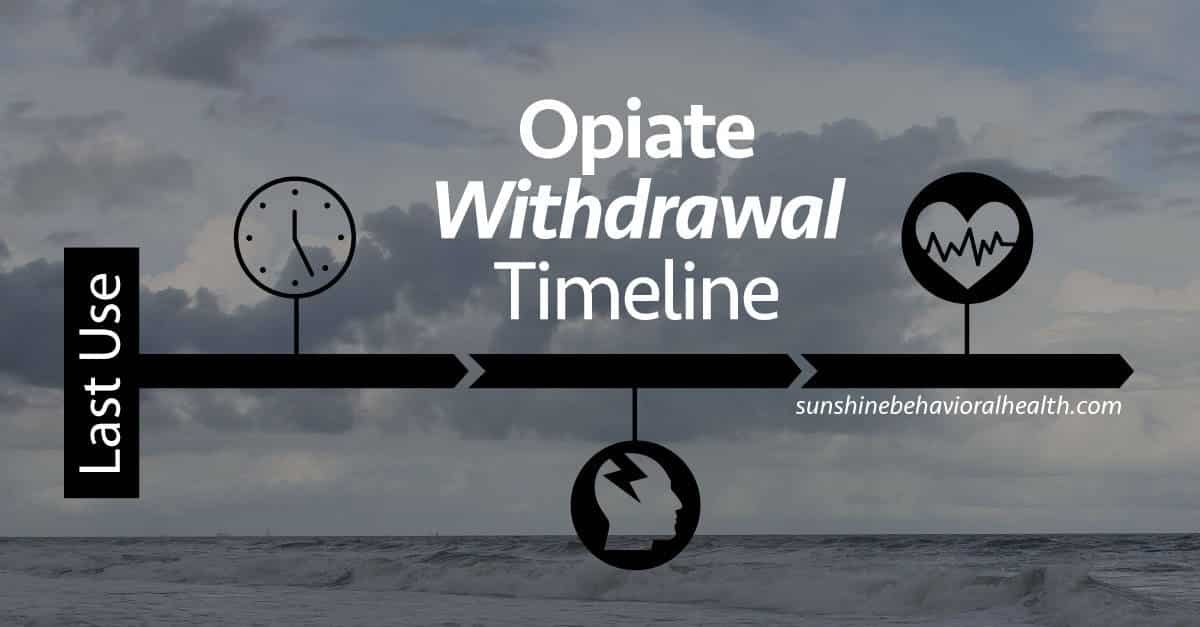 Opiates are derived from the opium poppy plant and include prescription drugs such as codeine, tramadol, and Dilaudid. They are very effective for pain relief. Some people also use them for recreational purposes to get a high feeling. However, prolonged use of opiates can lead to dependence. It is a common problem in the US, with approximately 2.1 million people are struggling with opiate abuse. People suffering from opiate dependence have to keep using it to avoid becoming sick from numerous withdrawal symptoms. When they stop using the drugs, they will experience opiate withdrawal side effects as the body tries to adapt to not having the drug in the system, some of which, can be brutal.

The first stage can start within 3 hours of the last dose. Besides fear and anxiety, the patient may also experience cravings for the opiate. The early acute stage follows within 8 hours. Restlessness and anxiety set in and the person may experience stomach aches, sweating, nausea, and vomiting. The cravings will still persist. The withdrawal symptoms will peak between 1 to 3 days (fully developed acute stage). Muscle spasms, tremors, insomnia, diarrhea, and increased blood pressure will set in as the cravings become the strongest.

It is common for many people in recovery to experience, PAWS (Post-Acute Withdrawal Syndrome), which can last up to 24 months. During this time the patient may still experience mood swings, poor concentration, and irritability, even though the acute withdrawal symptoms are no longer present.

The process of withdrawing from opiates is not only distressing to the patient but can also be dangerous. It is not surprising to hear of an opiate withdrawal death. It is important to have a supervising doctor to monitor the patient’s body temperature, blood pressure, respiration, and heart rate.

During opiate detox, doctors will often give prescription medications to the patients to help deal with issues such as opiate cravings. The dosage is usually tapered down until the patient recovers from acute withdrawal symptoms. Some common medications include clonidine, methadone, and buprenorphine. How long does opiate withdrawal last? Opiate detox timeline under medical supervision and care is generally between five to seven days.

Further treatment at an inpatient rehab facility after the completion of a medical opiate detox may be necessary. Treatments such as cognitive-behavioral therapy can help the patient to deal with the underlying issues that cause the addiction.