Ritalin is a stimulant that is a known prescription drug for Attention Deficit Hyperactivity Disorder (ADHD). Being a controlled substance, Ritalin poses a risk for drug abuse. Learn how to identify Ritalin and how to get help for drug addiction below. 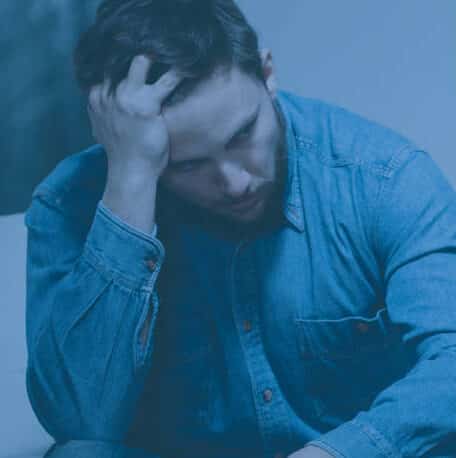 Ritalin, with the generic name methylphenidate, is one of the well-known prescription drugs given to people with Attention Deficit Hyperactivity Disorder (ADHD) and narcolepsy. Ritalin works by changing the brain’s chemical composition to reduce symptoms. Those who take the drug noticably have increased focus, attention, and become more alert than usual.

Ritalin is also called a Central Nervous System (CNS) stimulant. As previously mentioned, it is known to enhance cognitive performance especially for people who have trouble with focus and attention. Aside from these effects, the individual may also experience better moods and overall productivity. The positive effects of the drug can lead to habit formation especially when the individual notices a difference in themselves when taking Ritalin.

Since Ritalin is a controlled stimulant, its misuse can lead to drug dependency and addiction. If you suspect a loved one misusing Ritalin, below are some ways to identify the drug and address the problem as soon as possible.

Ritalin is the brand name for the generic methylphenidate. The branded variant has three kinds, and below are their appearances:

What mg is Ritalin (different colors)?

What color is Ritalin?

Ritalin colors vary from white, pale yellow, to yellow. As for the generic versions of Ritalin, you would commonly see variants of the tablets below along with their imprints and colors:

Ritalin physical appearance can look very similar to other over-the-counter and prescription drugs, so looking at the colors, imprints, and shape can help you distinguish them better.

If you or a loved one is given a prescription of Ritalin but suspect some signs of drug abuse, it is best to act as soon as possible. Drug addiction can lead to dangerous health consequences and other negative life outcomes. Seek professional help when you notice one or more of these signs:

Ritalin, similar to cocaine, can produce a feeling of euphoria when abused. Stimulants can produce side effects such as a rapid heart rate, increased blood pressure, and seizures. When taken in dangerously high amounts, there is a risk of Ritalin overdose. Mixing Ritalin with other stimulants such as Adderall, methamphetamines, or cocaine can also be dangerous and poses an even higher risk of unintended overdose.

How to Get Help for Ritalin Abuse

Getting help for Ritalin abuse for yourself or a loved one can be daunting at first. With these concrete steps, you can easily seek help as soon as possible:

One of the best steps you can take in addressing Ritalin abuse is finding a rehab center that specializes in this specific drug addiction. Although Ritalin is commonly abused by teens and college students according to statistics, there are other factors that come into play such as an ADHD or narcolepsy diagnosis.

Finding a rehab center that recognizes your unique background and health factors surrounding Ritalin abuse is key to getting personalized care. You can inquire about the rehab’s services, payment options, and how to get started in your journey to recovery.

Having a supportive community is a cornerstone of addiction recovery. Let trusted family and friends know about your struggle with Ritalin addiction or a loved one’s suspected abuse. They can provide moral support, financial help, or travel assistance should you plan to go to rehab.

As you start through the process of signing up for rehab, there are also easily accessible resources to help educate yourself or a loved one regarding Ritalin abuse. Informational blogs, online support groups, and community resources can give you a head start towards addiction recovery.

Ritalin abuse can be just as dangerous as addiction to street drugs or non-prescription substances. Learning how to identify Ritalin, noticing signs of abuse, and seeking help for recovery is tantamount to your or your loved one’s health and safety.