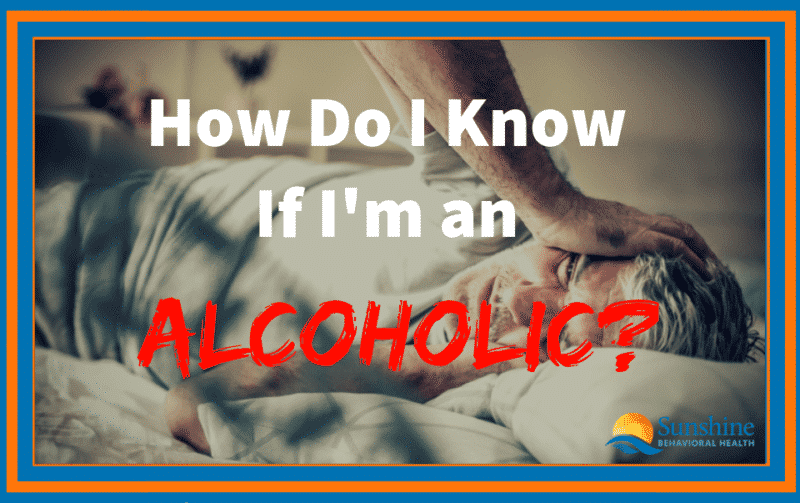 Social drinking is a part of life for many of us. When we go out with friends, it’s customary to enjoy a cold bottle of beer. Even at home, it is common for others to have a nice glass of wine before dinner. Alcohol has been alongside who we are and what we do, and some may be more accustomed to it.

However, like all things in excess, alcohol can be an instrument of disaster. Alcohol isn’t inherently bad, but those who fall into the trap of addiction may find themselves questioning if they have become alcoholic or not. To understand this better, let us define alcoholism in its most objective sense.

How Do We Define Alcoholism?

According to Diagnostic Statistical Manual V, or DSM-V, Alcoholism is scientifically known as Alcohol Use Disorder (AUD). Alcohol Use Disorder has several criteria that may allow for a diagnosis when an individual displays the notable signs. The manual states that to be diagnosed with AUD, a person must display at least two of the eleven criteria listed in the questionnaire within a year.

Once a person meets two out of the eleven criteria for AUD, they can be immediately diagnosed by a licensed medical professional, and seek treatment as appropriate. The eleven questions found in the DSM-V include:

If the person has answered to at least two of the eleven questions noted above, this may be indicative of Alcohol Use Disorder. AUD can be classified as mild, moderate or severe depending on the extent of affectations in the individual’s life. To put in simpler terms, those who suffer from alcoholism can be shown to have the following major signs:

Signs of Being an Alcoholic

You must assess yourself in situations where you desired to stop but couldn’t do so. This may be due to several factors such as the appearance of withdrawal symptoms, inability to focus, or just general dependence.

Being honest with yourself helps to see if the drinking has caused you to suffer from mental and physical health issues–and yet it seems difficult for you to stop.

It also helps to look back at the times where you first had your drink of alcohol. Perhaps it was a few years back, or even decades ago. How much did you drink to get the pleasurable effects of alcohol? If you noticed a gradual increase over time, this could indicate that you may be an alcoholic. The reason there is an increased tolerance of alcohol is because your body gets used to the substance within your system. As your system adapts to the changes brought about by alcohol, it increases the enzymes that break down the alcohol toxins, making you drink more to get the same effect as you used to.

Negative bodily reactions without the consumption of alcohol.

Another possible sign of being an alcoholic is the appearance of negative bodily reactions when you skip drinking. This could both appear through physical or psychological symptoms, otherwise known as withdrawal effects.

Some of the most common withdrawal effects of consuming excessive alcohol include nausea, vomiting, restlessness, agitation, anxiety, depression, heart palpitations, chills, or fever. Some people who tend to self-diagnose may find themselves in this difficult situation that can even cause coma or death. It is best to undergo medical treatment and alcohol rehab if you are suffering from severe withdrawal symptoms.

Affectations in other areas of life.

Being an alcoholic can trigger changes in other areas of your life. Although some people may feel confident enough that they can “control” this disorder, the natural tendency of the body is to build up tolerance which fosters dependence on constant drinking.

This can cause changes in your body as well as your mental and emotional state. It may be difficult for you to focus on anything else aside from drinking, which can cause problems in school, at work, and may even lead to the deterioration of relationships. Hobbies and passions that you used to do may also appear uninteresting due to alcohol dependence.

Do you Think you May be an Alcoholic? Get Help Now

It isn’t too late to find help once you have realized that alcoholism has taken control of your life. A single decision to find a suitable alcohol rehab may be the greatest decision you can make. Get help now, and free yourself from the habits of excessive drinking.