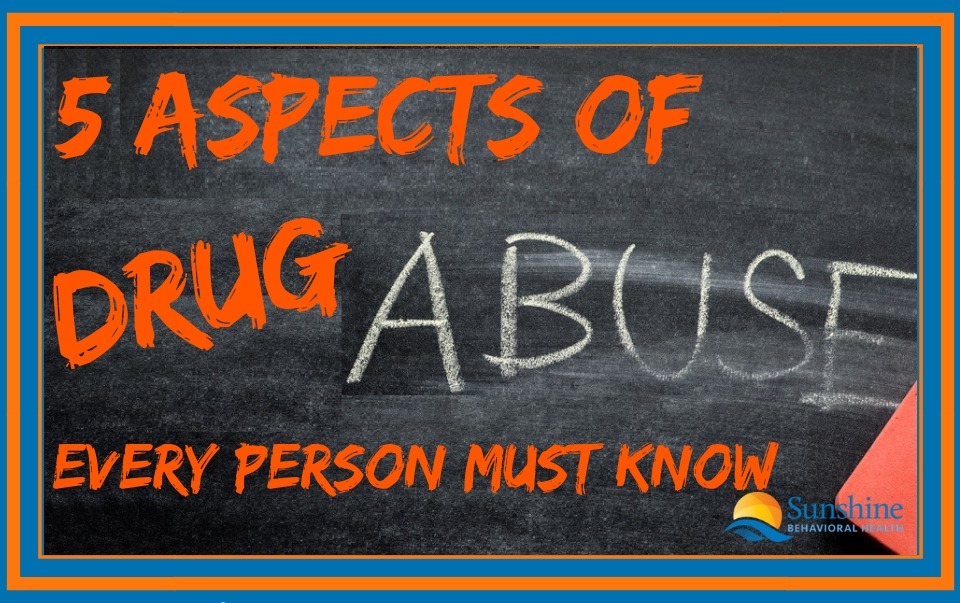 Drug abuse and addiction are some of the most widely recognized health problems in the world today. While drugs have always been used by humans in some form or another, the prevalence of abuse and addiction has skyrocketed over the past century.  This is large because of the slew of drugs discovered and the relatively little knowledge we have about the entirety of their effects.

However, one thing is clear that drug abuse and the resulting addiction can strike any person and any family in any part of the world. So, it is important for everyone to educate and safeguard themselves against this affliction just as they would for any other disease. Let us help you get a good overview of drug abuse and how addiction manifests itself.

No one starts using the drug to end up as an addict. Everyone has a specific reason for the first time. For some doing drugs is a ticket to fit into a group of friends or simply to show off, while some do drugs to cope up with depression or sadness. However, soon the drug use takes on a personal dimension as the user gets more and more dependent on their narcotic effect. Soon, the abuse spirals into addiction cycle fueled by the lack of positive outlets for the person’s feelings and emotions.

Drugs act as a refuge for many and soon it turns into the centerfold of their existence. Slowly it alters the chemical balance of the human brain, which affects the behavior and analytical thinking process of the addict. This destabilization of priorities is the main reason why addiction is so hard to get over. This is also why treatment for drug addiction should be sought as early as possible.

It is important to be aware of the signs and symptoms of addiction. The continued use of any drug for any length of time is bound to produce a significant impact on the chemical balance of the brain of the user. Usually, this impact is for the worse and the normal regulation of chemical balances in the brain are affected by the drug. This results in violent behavior, more and more dependence on the drug and altered analytical thinking process of the person. As a result, the person ends up seeking more and more value from the drug than through human interactions, relationships, career accomplishments, or any social activity. This happens because the reward centers in the brain get rewired to seek gratification through drug use.

Drug-induced chemical imbalance can not only lead to severe personality and behavioral alterations, but it also causes major problems to other organs of the body. During detox and even after, others might be put at risk if the person becomes erratic or beings hallucinating. Hallucination or fantasizing the drug is a part of the addiction cycle which creates the craving for the drug. That is why due caution must be observed when dealing with addicted drug abusers.

3.  Almost All Drug Abusers Are Destined for Overdoses

The main reason why drug use turns to abuse and finally addiction is that the repetitive use of the drug changes the chemical balance of the brain and this leads to increase in the body’s threshold or tolerance for the drug over time. This means initially a small amount is enough, but gradually the need must be met through an ever-increasing amount. As a result, almost all drug users begin to abuse drugs and become dependent on them even though the reward keeps diminishing. This results in higher dosage and chances of combining different drugs, which can then lead to a fatal overdose.

4.  Drug Abuse Carries with it a Serious Risk of Other Health Problems

Drug users are, particularly those moving towards or already in addiction, habitually expose themselves to a number of health problems. Usually, the more exacerbated the user’s addiction, the more callous they will be towards their health and wellbeing. These can range from dwelling in unhygienic conditions and areas to sharing drug equipment that exposes them to all kinds of viruses and parasites. As a matter of fact, in severe cases of drug abuse, the victims face bankruptcy; and they sometimes even end up on the streets with poor hygienic condition.

Further, many drugs severely compromise the immune system. This opens the door far and wide for the entry of many pathogens, bacteria, and viruses. As a result, it is very likely that the person may suffer from a continuum of physical afflictions in addition to their mental problems.

On the other hand, the overdose of any drug leads to major problems in different organs of the human body. It can cause respiratory disorder, poor digestive system, and heart problems. An overdose of any drug affects the chemical composition of body cells and in the worst case, it can even cause death.

5.  Addiction of Any Kind Must Be Treated by Professionals

Addiction is the stage where the person is enslaved to the stimulant and its narcotic effect. Irrespective of the type of addiction, the condition needs to be treated by a professional. This is because these people have the best knowledge of how to deal with addicted individuals in the right way. They have practiced their recovery process and can apply it effectively to suit the needs of the person suffering from addiction. This gives patients the best chance of breaking their habit and entering recovery. The first step to recovery is to isolate everything, every place and every person which can stimulate the addiction in the victim. Along with this counseling and medical therapy prove helpful to help an addict give up an addiction. Always remember strong will is not enough to get over an addiction, however, it is a very positive sign for a victim to recover from this disease with help from a rehab.