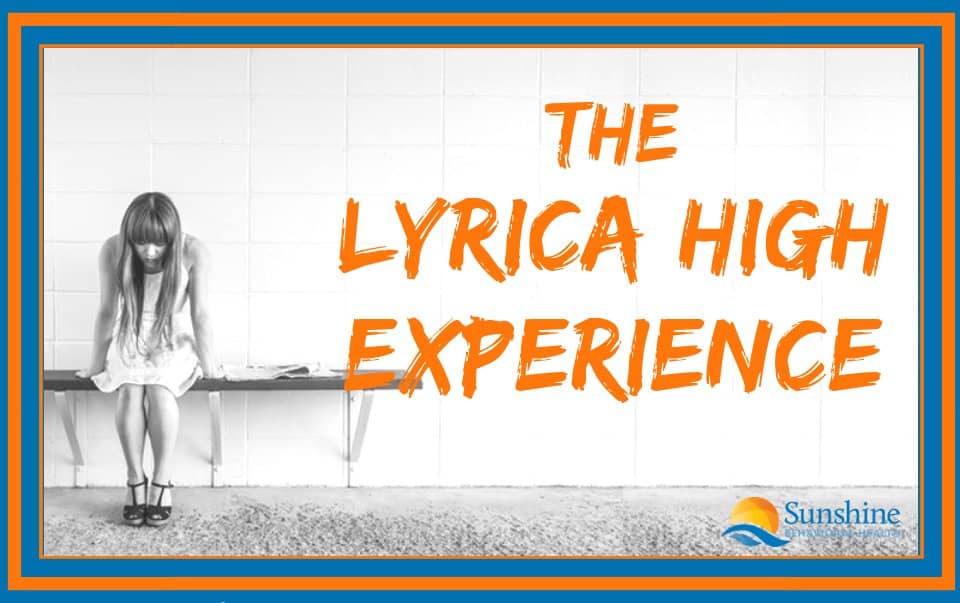 Is it plausible to get high on Lyrica?  The fact is, you can.  If you or a loved one has been prescribed Lyrica, there are many signs of abuse you should watch out for.  But first, let’s understand what Lyrica is.

This is the brand name of Pregabalin-a generic drug.  The drug was FDA approved in 2004.  Pregabalin was first made in the 90s mainly to treat convulsions and seizures.  Through the years, Lyrica has been used to treat other ailments.  It is used to treat various disorders such as epilepsy, Fibromyalgia, and anxiety.  The drug treats pain resulting from nerve damage because of shingles infection, spinal cord injury, or diabetes.

This medication might also be used to treat hot flashes due to restless leg syndrome, and menopause. Pregabalin has general mild side effects including lethargy, dry mouth, and weight gain.  The drug is known to cause a high like that of benzodiazepines.

Further side-effects of Lyrica are:

Lyrica also has serious side effects.  In case you experience any of the listed effects, you should immediately discontinue using the drug and consult your doctor.

There are some risks involved when taking Pregabalin including:

It’s worth noting that if Lyrica is used for extended periods, users may become dependent and addicted. The generic version of Pregabalin was recently released in America, making the drug more accessible and cheaper.  This, however, may increase the likelihood of people abusing the drug.

Getting High from Lyrica: Are People Using Lyrica to Get High?

Compared to other drugs that may get you high, Lyrica has a lower risk of addiction.  That said, you can still get addicted to the drug.  When Pregabalin is taken in high doses, it causes a relaxing sensation that can make a person take more than they ought to or use it even when it isn’t prescribed to them.

The high you get from Lyrica can’t be compared to other powerful pain-relievers such as oxycodone. Even so, the mild high from this drug together with its pain and anxiety relieving properties can become addictive to some.  Others may develop psychological or chemical dependence.

Some people taking the drug recreationally have reported a build up in tolerance.  Some start by taking 600 mg and when that no longer works, they increase their dosage to 900 mg.  That means, 225 mg Lyrica high might not really make one high at all as it’s a commonly prescribed dosage.

There is a guide on Lyrica high on reddit that talks about how the drug gives users a good high.  One of the users discusses how those wishing to experience euphoria should start with a dose of 300 mg.

The user goes on to say that the tolerance of Lyrica builds up quickly.  Furthermore, there are reports of serious side effects including:

Lyrica high Erowid outlines some of the experiences of the drug and they are heart arrhythmia, amnesia, dreaming with tremors, and weird numbness.  Erowid is an educational non-profit global information resource that provides an honest and balanced view of psychoactive drugs as well as drug use in an effort to support the appropriate policies, improve benefits, and reduce harm.

Does Lyrica Give You Energy?

Taking Lyrica may give you energy.  However, that varies from one person to another.  The FDA reports that people taking Lyrica experience increased energy levels especially among people taking the drug for 6 to 12 months, individuals with depression, and females at 71.26% compared to males at 28.74%.

Usually, drug abuse and addiction happen by accident.  A lot of people who have been prescribed Lyrica don’t realize that the drug shouldn’t be taken with alcohol.

Just a small amount of alcohol can heighten the ‘high feeling of the drug and change its effects.  Both Lyrica and alcohol are central nervous system depressants.  When you combine them, the reaction becomes stronger.

People drinking alcohol while on Lyrica prescription may experience sedation, impaired judgment, sleepiness, and poor coordination.  While the substances cause similar effects on their own, when taken together, the effects become way worse.

Combining both nervous system depressants is dangerous.  That’s because, when the nervous system is overly depressed, a person’s respiration can slow down, or even worse, stop.  This deadly overdose is similar to that of an opioid overdose.

Users combining Wellbutrin and Lyrica to get high have reported several side-effects such as difficulty urinating and passing out- not really like fainting, but more or less like falling asleep

Pregabalin is given orally without or with food.  When discontinuing the drug, you should taper gradually in no less than 1 week.

The drug is yet to be studied in children aged 0-17 years.  It should, therefore, not be prescribed to children below the age of 18.

Can You Cut Lyrica in Half?

Lyrica pills aren’t meant to be split as they come in capsules filled with white powder.

You shouldn’t stop using Lyrica suddenly.  The drug changes your neurochemistry in just one week. When you stop using Lyrica abruptly, severe imbalances occur in your neurotransmitters causing symptoms such as serotonin-induced paranoia and seizures.

To start with, you should reduce the usage by 10% each month.  This is calculated based on your last dosage.  The reduction amount progressively gets smaller.

To achieve the 10% reduction, you can taper.  Thanks to its manufacturer, Pfizer, there are different dosages of Lyrica for tapering.  But you need to consult your doctor first before you go ahead with the process.

What are The Signs and Symptoms of Lyrica Addiction?

If you’re addicted to Lyrica and you stop, your body will be unable to function properly.  Some of the signs and symptoms of Lyrica addiction are:

The symptoms of withdrawal from Pregabalin aren’t pleasant.  They might even cause seizures to come back more frequently.  Other withdrawal symptoms of Lyrica are:

Having a stable and strong network of support is very helpful to cope up with addiction. If you or a loved one is struggling with Lyrica abuse or any kind of addiction, speak to an Addiction Specialist today and get the professional help you need. Want more information about how Sunshine Behavioral Health can help?  Contact us today to learn more.