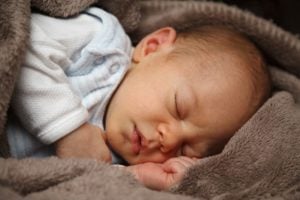 The Crack Baby: Truth or Myth?

As early as the 1980s, the ‘crack baby’ story became a nightmare for parents, particularly those with teenage daughters. It was also terrifying for governments who feared that caring for a multitude of crack babies would overburden national coffers. It seems the image of the inconsolable, shaking newborn struggling to detox from the drugs it was exposed to in the womb has been emblazoned on everyone’s minds.

It is unfortunate that the science community and the government entities have not been as resolute in the retraction of the myth. And so, it is that even now, some forty years after the myth was perpetuated, the story of the crack baby can still produce fresh shivers down one’s spine.

The Definition of Crack Baby

The crack baby is a term coined for children whose mothers used crack, or the solid form of cocaine, while pregnant. Therefore, this exposed the babies to the drug in utero or while they were still inside the womb. Many so-called experts believed that this exposure made these crack babies destined for a life of physical and mental disability.

In an interview with National Public Radio, Dr. Carl Bell, a professor of psychiatry and public health at the University of Illinois at Chicago, quoted John Silber, the ex-president of the prestigious Boston University, as saying that the intellectual capacity of crack babies won’t ever develop to the level where they can have consciousness of God.

However, later investigations saw that what this proclamation was based on was actually invalid. For one, the study size was very small, at only 23 crack babies. Secondly, there was no real effort to study grown crack babies to see if they really were mentally and physically disabled. The answer is that they weren’t. Study upon study proves this.

One study done by the National Center for Biotechnology Information (NCBI), an office that focuses on biomedical and genomic information, looked at 55 crack babies and 65 children who weren’t exposed to cocaine in utero. They were given a battery of 14 tasks designed to measure cognitive control, working memory, reward processing, and 4 other systems — language, memory, spatial cognition, and visual cognition. Results show that in utero exposure to cocaine had no effect on a child’s neurocognitive functioning. The study further showed that the age at testing and childhood environment affected a child’s neurocognitive functioning.

Another study that looked at the relationship between being exposed to cocaine in utero regarding a preschooler’s physical and cognitive development and behavioral characteristics also negated the earliest claimed adverse effects. This study saw that there was no significant relationship between prenatal cocaine use and the Stanford-Binet Intelligence Scale SBIS scales.

And still, another study investigated whether there would be a difference in a child’s development if in utero exposure to cocaine was greater. Again, this study showed that even greater levels of cocaine during pregnancy had no significant negative effects on a child’s Mental Development Index (MDI), Psychomotor Development Index (PDI), or Infant Behavior Record.

Of course, these studies do not in any way say that using cocaine while pregnant is not bad for the baby. It is. Crack babies have been proven to grow slower, with smaller heads that are associated with smaller brains. However, this tardiness is not permanent; eventually, these babies’ brains and body sizes catch up with their non-exposed counterparts.

In a New York Times interview with Dr. Deborah A. Frank, a pediatrician from Boston University laments that in the 1990s especially, this concern was not addressed as a health issue. Instead, there was severe prejudice against women who used cocaine while they were pregnant. They were sent to jail and often lost custody of their children.

Another doctor, Dr. Hallam Hurt is a neonatologist and professor of pediatrics at the University of Pennsylvania, pointed out that the “aura of suspicion” might, in fact, be because the pregnant cocaine users were of low social status and thus, the prejudice stemmed from there.

This is unfair, as it was found that there are more harmful effects when mothers drink alcohol and smoke during pregnancy as compared with those who use cocaine while pregnant. Surveys conducted in 2006 and 2007 by the US Department of Health and Human Services found that 5.2 percent of pregnant women use illicit drugs in general. However, none of the 11.6 percent of pregnant women who drink alcohol nor the 16.4 percent who smoke during pregnancy has been prosecuted.

Even though the scientific community has proven time and again that there are few differences between regular babies — aside from their mother’s preferred recreational activity while she was pregnant, crack babies are not slowed down by the drug.

That said, that doesn’t mean that doing crack while pregnant is okay. As said above, using any sort of drug can be harmful to the baby. If you are pregnant while using drugs or just dangerously using drugs in general, it may be best to look into options such as an inpatient rehab center or support groups to help you move past addiction.