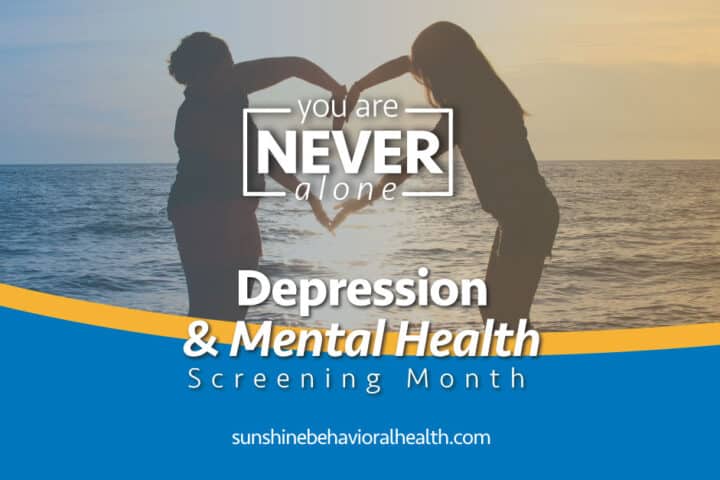 Are depression and treatment in our genes?

You probably know someone with depression or maybe you have depression yourself. Like other mental and physical health conditions, depression might benefit from early detection and treatment.

October is National Depression and Mental Health Screening Month. Researchers are working to determine if we can screen for depression by examining our genes.

Because of this family connection, scholars said that there may be a genetic component to depression, but they also stress the need for several more studies of several more participants.

By studying more participants, scientists will be able to study genetic patterns and differences. They do this by examining variations that are called single nucleotide polymorphisms, or SNPs, in studies known as genome-wide association studies (GWAS).

Of course, depression is more than genes. Scholars are also studying the interaction between people’s genes and their environment, what they call gene-environment intervention, or GxE.

Given that we’re learning about genetics, should we use it to choose a medication for depression?

Experts answer that question with an emphatic no. Both the U.S. Food and Drug Administration (FDA) and the American Psychiatric Association advise against the tests.

The FDA says that such testing has no value. It adds that using genetic screening to choose medications could do more harm than good because it could lead to poor treatment-related choices. The tests are often expensive and unproven, so we really don’t know if they’ll be effective.

That’s not to say that all genetic testing is wrong or ineffective. Instead, it’s saying that all tests and all treatments may not work for all conditions.

We’re learning so much about genes and are developing ways to study them. Let’s hope we can leverage this knowledge to understand people’s differences and develop ways to treat them.