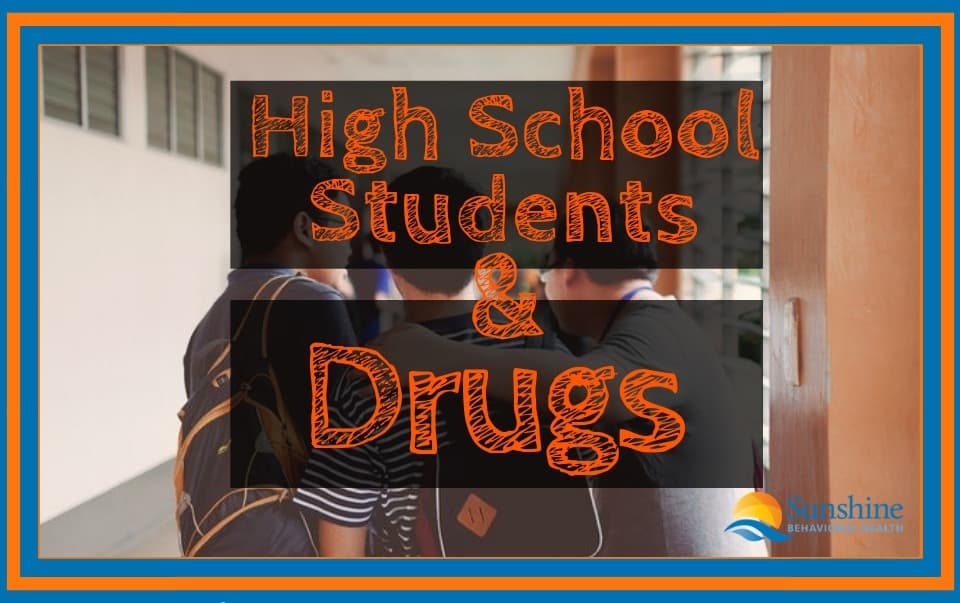 Drug abuse has always been a topic that has generated a lot of controversy over the years. It has always been considered that the hotbed of drug abuse starts from our very own schools. If recent numbers are to be believed then it does indicate the percentage of students using drugs has been declining since the past few years.  So let us discuss high school drug use.

A key tenet of this report has been the focus it has placed on the different age group of students. For example, the focus of this particular study has been students across 3 grades i.e. 8th graders, 10th graders and 12th graders.

The numbers from this report seem to indicate that the use of illicit drugs has gone down rapidly and if the proper steps are maintained then a further decline can be expected. The number of students using drugs back in 1996 stood at 13.1, 18.4, and 21.6 for the three different groups, it has gone down to 5.8, 9.4 and 13.3 for the same groups today.

A promising sign that has emerged from this report is that while the numbers keep on rising for adults overdosing and dying as a result from opioids misuse, the number is constantly diminishing among the young adults and high school students. For example, the number of Vicodin users has plummeted by nearly 51 percent in 8th graders, 67% in 10th grade and a massive 74% in 12th graders. Other numbers that show promise is the percentage of teenagers who feel that drugs are easily available which stands at 35.8% which is down from 54% in 2010.

Marijuana usage has also seen a decline in users from the 10th grade while no significant increase or decrease was noted among 8th and 12th graders. However, that’s not necessarily a bad sign as in 2016; these numbers hit their lowest in almost 2 decades. The daily usage of marijuana is down to 0.7% among 8th graders.

The use of synthetic drugs has decreased as well. In fact, as per the report, these numbers are dropping faster than it had been initially anticipated. The same is also true for cocaine usage as well as other synthetic cannabinoids. Numbers of high school students using these drugs have tumbled down from 11.4% in 12th graders, 4.4% in 8th graders and 8.8% in 10th graders to 3.7%, 2.0%, and 2.7% respectively.

There was also some bad news that accompanied these positive developments as the rise of bath salts as an active drug has grown among users. Since it began to track this unusual development, reports have found that there is a gradual rise in the usage of this particular synthetic drug among high schools students.

In recent years, methamphetamine usage has been a real concern for government agencies as well as parents over the years. The price at which this drug is available, as well as the availability of local drug dealers that deal with this product, has made it a threat. However, the numbers also indicate that high school students across the three different age groups have shown a decrease in the use of this drug as well. These numbers indicate that the awareness programs that have been launched about meth and its harmful effects do seem to have a positive impact.

Questions or concerns?  Do you know of any young adults who may be dealing with drug addiction issues?  If so, contact us today to get your questions answered.