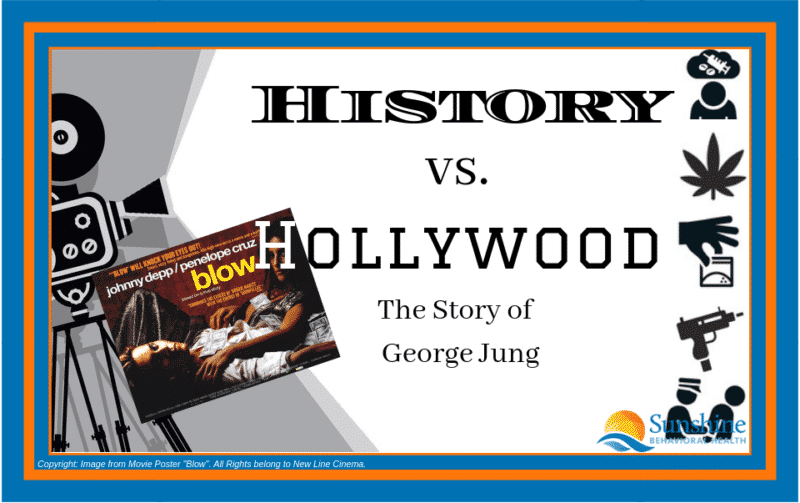 George Jung is to the United States what Pablo Escobar was to Colombia.

George Jung is a widely-renowned former drug trafficker and smuggler who has been in and out of prison since the early 70s. Being given the nickname “El Americano” and “Boston George,” Jung undeniably played a major role in the US cocaine trade from the late ’70s until the early 80s. Having worked with Pablo Escobar and Carlos Enrique, both the prominent figures behind the Medellin cartel, Jung helped supply almost 90% of the world’s cocaine consumption in the 70s and 80s.

In 2001, George Jung’s life was portrayed in a biographical crime film entitled Blow. George Jung’s character was played by Johnny Depp, while actors Jordi Molla and Cliff Curtis played the characters of Diego Delgado or Carlos Lehder and Pablo Escobar, respectively. Though Jung, Depp, and movie director Ted Demme claimed that they stayed true to the narrative, critiques of the film can’t help but comment on how they ended up “glamorizing” the film.

The Life of George Jung

Before he made it big as a cocaine trafficker and smuggler, he started out in the drug business as a small-time marijuana dealer. Since he didn’t have any strong connection starting out, he was busted for possessing almost 670 pounds of marijuana and was immediately sent to prison.

In prison, he met Carlos Lehder, an American-Colombian man imprisoned for carjacking. During that time, Lehder badly needed somebody who could receive and distribute the cocaine he smuggled from the cartels in Colombia. Jung was the perfect guy for the job. When both of them got out of prison, at almost the same time, they started their deal.

Jung received Lehder’s cocaine and used two young women to transport drugs from Colombia to the United States. Later on, Jung had a plane fly the drugs supplied by the Medellin cartel from Canada to the Bahamas. Jung bought a plane and a small island in the Bahamas to operate their cocaine business. Their business boomed with the realization that they could drop the merchandise from the air rather than using boats. Using that method, they were able to evade government searches.

When Lehder gave up Jung, Jung partnered with Pablo Escobar and forged a stronger business relationship, earning $100 million for every drug run.

However, just like in history vs Hollywood, all things must come to an end. Unfortunately for Jung, he was arrested for possessing several pounds of cocaine in the 90s. Jung was sentenced to 60 years in prison but had it reduced to 20 since he decided to rat on Carlos Lehder upon the persuasion of Pablo Escobar himself. After serving 20 years in prison, George Jung was released in 2014.

History vs Hollywood: How the Movie Glamorized Jung’s Story

To recap, before the end of the film, we see George requesting a furlough so that he can see his dying father. However, his mother declined the request, which left George recording his last words to his father instead. In his message, he recalled the time he was working with him and the run-ins he encountered with his in-laws. Realizing that he is now an old man alone in prison, he imagines and wishes that his daughter would pay him a visit.

These scenes, for the critiques, may be true but are portrayed in an overly dramatic tone. According to them, this runs counter to George Jung’s nature, who kept returning to prison for the same offense. If he was longing for his daughter that way, how can he still choose to keep the life he is living and not stay away from prison? This assumption made most viewers doubt the event’s realness and conclude that history vs Hollywood was well-played in this aspect.

Another thing that didn’t sit well with most viewers is the fact that George Jung was made the center of the film. To them, it’s as if the movie is glorifying a man who destroyed millions of lives with drugs. This also made them conclude that this film, though it attempted to show the real story of George Jung, is just another case of history vs Hollywood.

Roger Ebert even said that the biggest problem with George Jung is he believed that everything revolved around him. He questioned if, despite being a toll gate for transporting drugs to people across the globe, Jung realized how much damage he caused to the lives of those who used his drugs. For Ebert, this kind of “amorality” on the part of Jung causes him to not deserve to be the center of the film.

In an interview with George Jung, he was asked if he felt bad about the lives that were destroyed due to drugs. Jung answered that he never thought he did something wrong because he was just engaged in a business where he sells his goods to those who want and accept them. It’s not as if he was pushing people to become addicted to something they don’t want.