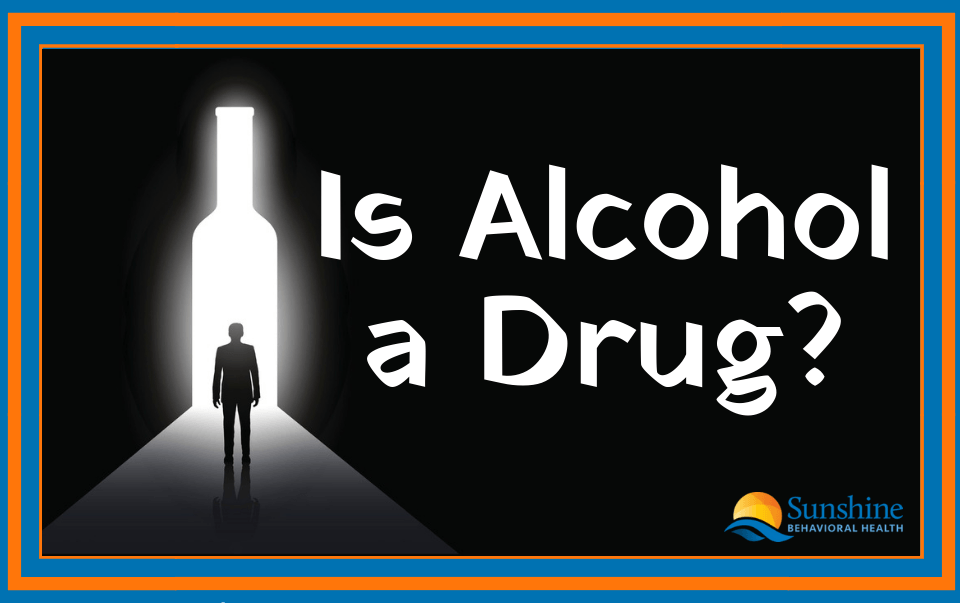 About twenty million Americans twelve old years old or older used an illegal drug in the past thirty days, according to the National Council on Alcoholism and Drug Dependence (NCADD). Despite this number, information for drugs and addiction remain unclear for many people. This uncertainty leads to many questions: What is the difference between alcoholism and drug addiction? Is alcohol a drug? When does drinking become a problem? What do terms such as dependence and addiction mean?

Is Alcohol a Drug or Not?

For many people, whether alcohol is a drug or not is a confusing question. The National Institute on Drug Abuse (NIDA) calls alcohol a commonly abused drug, while the National Council on Alcoholism and Drug Dependence (NCADD) does not use the word drug in its facts about alcohol. In addition to conflicts between these sources, other sources of confusion related to the common use of phrases such as drugs and alcohol and alcohol and other drugs.

Pop culture treats alcohol differently from drugs partly because alcohol is a legal substance and many drugs are not. Yet, we can consider alcohol a drug because of its effect on a person’s body and brain. Like other drugs, alcohol can render a user dependent and produce withdrawal substances when the person stops using it.

To many people, tolerance, dependence, or addiction to drugs mean the same thing. In reality, the terms mean different things about the effects of drugs.  Prolonged use of drugs may cause people to stop responding to drugs and not feel the effects they did when they began using them. They then require higher doses of drugs to achieve the effects they experienced in the beginning.  This is a condition known as tolerance.

Dependence is a condition in which drug users suffer a set of physical and mental symptoms (withdrawal) if they stop using a drug. Dependence does not necessarily mean addiction, but it may mean discomfort if the use of the drug is stopped abruptly.

According to the National Institute on Drug Abuse (NIDA), “addiction is a disease,” People are addicted to substances if they keep using them and are unable to stop, despite the harm of using them.

Tolerance, dependence, and addiction all result from repeated use of drugs and alcohol, but they are different. Users can have a high tolerance for drugs or be dependent on drugs without necessarily being addicted.

What Is Alcohol Use Disorder (AUD)?

The fifth edition of the Diagnostic and Statistical Manual of Mental Disorders offers eleven criteria to help define an alcohol use disorder (AUD) and its severity. AUD typically means that a person struggles with alcohol dependence.

This does not mean that AUD is interchangeable with dependence. Not everyone who drinks too much can be diagnosed with AUD. Using the eleven criteria to measure the severity of AUD, people experiencing two or three symptoms of the eleven may have a mild disorder. People who meet four or five of the criteria may have a more moderate disorder. Meanwhile, people who meet six or more of the criteria may have more severe disorders.

When Does Drinking Become a Problem?

Too much drinking does not necessarily mean a person has an alcohol use disorder (AUD), but excessive or consistent drinking can still lead to addiction.  Drinking becomes a problem when alcohol users show potential signs of addiction or abuse. Some signs include

People who find themselves displaying such patterns of use may have an alcohol addiction. They may reach a point where they may experience unpleasant withdrawal symptoms if they stop drinking.

Is Alcohol a Drug or Hallucinogen?

Hallucinogens are psychoactive (mind-altering) substances that trigger hallucinations and alter sensory experiences. If people indulge in moderate or heavy consumption of alcohol for prolonged periods, the substance may act as a hallucinogen. This is because it may induce euphoria, paranoia, and temporary hallucinations known as alcoholic hallucinosis.

Compared to other drugs such as LSD, amphetamine, and marijuana, alcohol is a weak hallucinogen. Alcohol produces impaired judgment, memory, self-control, and emotions.

Is Alcohol a Drug or Antidepressant?

Much like antidepressants, alcohol may relieve depression, according to a study published in Nature Communications in 2016. Researchers discovered that alcohol ethanol produced lasting anxiolytic and antidepressant behaviors.

Users should remember, though, that alcohol is a substance that is known as a depressant. Using it excessively can slow bodily functions. The Mayo Clinic warns against mixing alcohol with antidepressants because alcohol may interfere with antidepressant medications, thus impairing the ability to treat depression and anxiety. Taking substances at the same time may also affect blood pressure and alertness.

Is Alcohol a Drug or Poison?

At 0.16 percent, people may display signs of poisoning. At 0.30 percent, people may suffer significant risks and even die.  Because of its potentially lethal consequences when absorbed into the bloodstream, alcohol may act as a poison under such circumstances.

When Does One Become an Alcoholic?

Alcoholism is the disease of alcohol dependence. People who are dependent on alcohol have

Dependence is difficult because it is both a mental and physical condition.

What Is the Link Between Addiction and Alcoholism?

Like dependence, addiction is a consequence of frequent alcohol use. Constant and prolonged use of alcohol may create chemical imbalances in the brain. The changes may alter the production of gamma-aminobutyric acid (GABA).

People with altered brain chemistry may be less aware of their activities and be more impulsive. The changes may trigger the release of dopamine, a chemical responsible for feelings of happiness and euphoria. Frequent alcohol use prompts the brain to grow accustomed to these chemical imbalances, thus contributing to addiction and alcoholism.

Recovering from addictions produce positive life changes. Treatment programs for drug and alcohol users may prompt people to ask is alcohol a drug, prevent addiction before it happens, and offer support options for people already struggling with drug addiction and alcoholism. Questions or concerns?  Reach out to Sunshine Behavioral Health today.