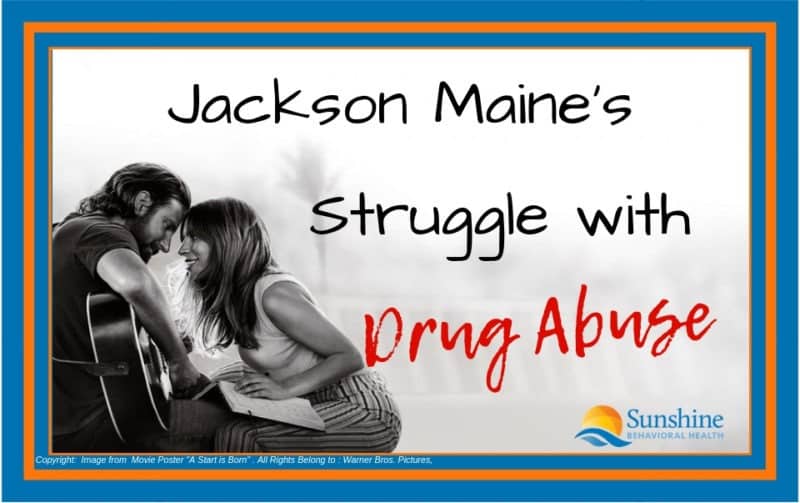 Jackson Maine is not your typical Hollywood idol. He is not a six-foot-six former WWE superstar who can take on an army of thugs and walk away unscathed. Neither is he a Man-God who wields a mythical hammer or an iron-plated superhero who can lift tanks and shoot pulsar rays.

Maine (portrayed by Bradley Cooper) the lead character in the new film A Star is Born opposite Lady Gaga, is the antithesis of Marvel pinup boys Thor or Tony Stark, aka Iron Man. He is everything a role model should not be—irresponsible, foul-tempered, and hooked on alcohol and prohibited substances.

He is not the person you would like your son to be when he grows up. Jackson Maine personifies the high-stakes, gung-ho, rock-and-roll life of big-ticket musicians who have reached their peak. Although they have already made a mark in the music industry and are earning way beyond what their less-recognized counterparts are receiving, they remain largely unfulfilled and consequently turn to the bottle or the pill to assuage their feelings inadequacy.

Maine should be happy and content with his life. He has a successful musical career and is in a relationship with the bombshell and aspiring singer Ally (played by Lady Gaga). But the problem is that his alcohol and substance addiction has taken control of him, leading him into a downward spiral.

Instead of enjoying the fruits of his labor and savoring his celebrity status, he loses consciousness in his hotel room, has altercations with his manager, and stumbles onstage as Ally receives her Grammy award. It’s either he doesn’t know how to handle fame, or he wants to wreck the career he had worked so hard to establish.

But the dilemma confronting Jackson Maine is not uncommon, especially among celebrities and other famous personalities who have allowed alcohol and drugs to take control of their lives. You turn on the news and see celebrities releasing a short statement saying they are entering a drug or alcohol rehab. And who can forget the celebrities who died young due to an overdose? There’s even a documentary about the perils of abuse titled 27: Gone Too Soon, which explores the lives and times of musicians who died at 27 years old. Among the names are Jimi Hendrix, Jim Morrison, Kurt Cobain, Janis Joplin, and Amy Winehouse.

But what Jackson Maine and A Star is Born teaches is how alcohol and substance addiction can affect relationships. Although Ally remained loyal and supportive of Maine until he entered rehab, the struggle between the couple was evident. On one hand, Ally knows that addiction is a disease, and on the other, she is faced with the reality that her boyfriend could only get well if he takes the necessary steps, which would start with the realization that he has a problem that needs help.

Being involved with alcohol-dependent like Jackson Maine, is not easy. The major challenge confronting these couples is how to maintain a sense of normalcy in the relationship while having to deal with the problems caused by the addiction. It is like the elephant in the room.

Everyone must understand that addiction is a complex, chronic, biological, and psychological disease. This means that those who are afflicted by it could exhibit different symptoms. Therefore, there is no “one size fits all” remedy for alcohol or drug dependents. Each must be treated based on their existing conditions.

Jackson Maine represents a dichotomy in our society: the sober, controlled side and the reckless, rudderless way we run the affairs of our respective families, organizations, or governments. But we must remember that we always have a choice. We can choose the path to a peaceful, fulfilled, and productive life or take the road leading to uncertainty, regret, and failure.

The decision, like the protagonist of A Star is Born, is completely up to you.