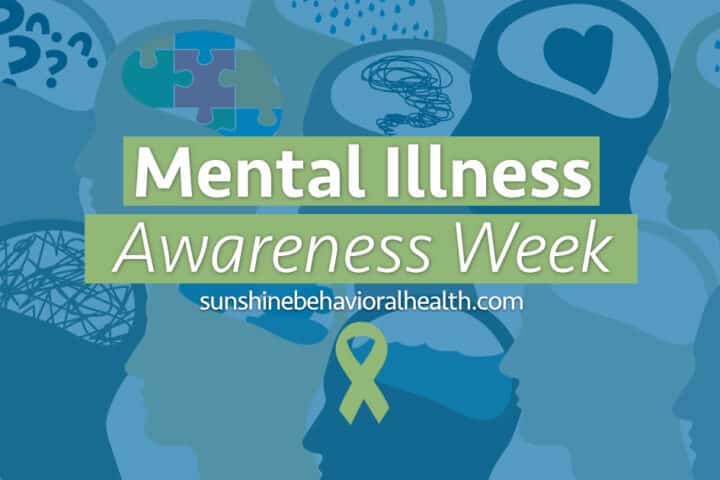 The theme of 2020 Mental Illness Awareness Week was “What People With Mental Illness Want You to Know.” With mental illness affecting so many people, and with so many misconceptions and the stigma still surrounding the condition, there’s a lot worth knowing.

Among the stigmas and misconceptions come a lot of statements that, while perhaps intended to show compassion, tend to be so off the mark that they have the reverse effect.

Anyone struggling with depression, anxiety, trauma, substance abuse, or one of the many other incarnations mental illness can take has probably heard countless things and been given endless advice, which might include:

People struggling with mental illnesses know all too well that there are problems. A person with depression can look at their life and see they have a job, a home, a spouse, but there is still something deeply wrong at the core. Rationalization doesn’t work.

For the person with anxiety or facing some deep fear, when the panic or tension subsides, most know their reactions are not what most people consider normal. In a sense, things could be worse, and they know that, but in the heat of the moment, often a fight-or-flight mode occurs. That becomes the focus until the danger — real or perceived — has passed.

When people are addicted to drugs or alcohol, suggesting that they just stop using the substances is not that helpful. Substance use disorder is a mental illness, one that rewires the brain’s reward circuitry.

A lot of times the person with an addiction — be it to food, or opioids, or alcohol, or whatever else it might be — is fully aware that there’s a problem. Sometimes the simplest and seemingly most effective solution is to return to the poison of choice, consequences be damned.

Besides a sort of gentle talking down to someone with some form of mental illness, resorting to the other extreme of calling them crazy or unhinged is insensitive and inaccurate. The thinking that a mentally ill person is dangerous, a hair trigger’s moment away from a violent episode, is faulty thinking. The majority are not violent. Only 3% to 5% of violent acts are linked to mentally ill individuals.

The lingering beliefs that a person with a mental illness is easy to fix or beyond redemption are both flawed. Mental illness comes in many forms — depression, anxiety, bipolar disorder, substance use disorder, personality disorders, trauma, and psychotic disorders are just a few.

Causes of mental illness, including genes, family history, life experiences, chemical imbalances, brain injuries, early exposure, and isolation, are wide and varied, as are the treatments. Each case is unique, and so should be each person’s prognosis.

Sometimes medication is enough. In other cases, behavioral therapies and counseling are useful. A combination of approaches is often effective. No matter what, however, a person struggling with mental illness deserves respect, patience, kindness, and understanding.

sunshinebehavioralhealth.com – Drug Addiction and Your Brain