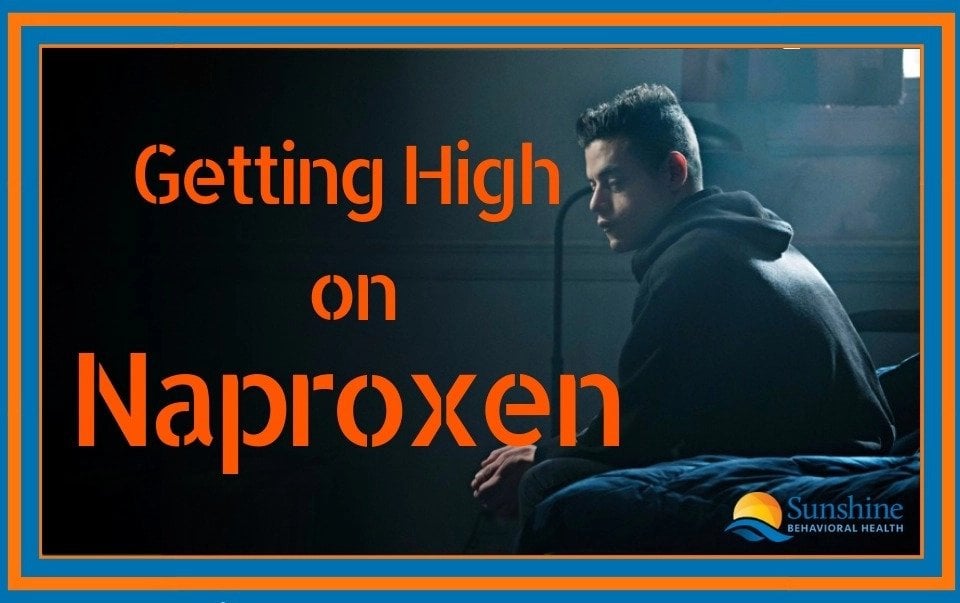 How dangerous is naproxen? This is something that many people want to know. The truth is that while you can’t get high on taking naproxen, this NSAID can be dangerous in its own sort. NSAID stands for a non-steroidal anti-inflammatory drug. Is naproxen an opioid, is another question commonly asked? No, it isn’t a narcotic medication. It is prescribed or can be gotten over-the-counter. Today you can find out more about the uses for naproxen, naproxen dosage, effects of this medication, and more. If you have questions about naproxen usage or abuse, be sure to leave your comments on this post.

Naproxen Use and Chemistry

Is naproxen a strong painkiller? While naproxen is not a narcotic pain medication, it can still be used for minor pains, body aches, and headaches. Many people find this to be one of the best over-the-counter medications for treating mild to moderate aches and pains. Naproxen helps to relieve the discomfort associated with inflammatory conditions as well. These conditions might include arthritis and other types of disorders involving the bones or muscles.

Naproxen works very similar to opioid pain medications such as those that contain hydrocodone, tramadol, or oxycodone. The stronger pain killers work by binding to the body’s opioid receptors. They are well-known to lead to reactions of the central nervous system. These reactions often include dissociation and euphoria. That is why narcotic pain medications often make someone feel high.

However, naproxen works a bit differently. The chemical reactions occurring in one’s body after using naproxen aren’t the same as when taking narcotics. Since naproxen is an NSAID it inhibits prostaglandin synthesis. When it goes into your bloodstream, COX or cyclo-oxygenase enzymes producing prostaglandin get blocked. This can take away your pain for anywhere from around 30 minutes to many hours. Naproxen and other NSAIDs don’t bind to the body’s opioid receptors either, so you won’t get the euphoria you would get with the narcotic pain medications.

If you or a loved one is struggling with addiction, check out our locations:

There are ways that naproxen works on your central nervous system. This medication might cause some effects neurologically. These effects could impair or alter your mental or physical abilities. The medication may even affect your performance. Some of the effects you might get from taking naproxen include the following:

Naproxen can also lead to cardiovascular or gastrointestinal effects on your body as well. In addition, naproxen and alcohol should not be taken together. This increases the chances of bleeding in your gastrointestinal system. If you want to know what not to take with naproxen, alcohol is one of those things. Mixing these two substances can increase the need to seek and alcohol rehab in your area.

Drugs That Have Naproxen in Them

There are a variety of drugs that have naproxen in them. Some of these drugs include the following:

If you take any of these medications, be sure to read about any naproxen interactions there may be.

Can Someone Become Addicted to Naproxen?

With the naproxen ingredients, many people want to know if they can become addicted to this medication. You can’t become addicted to naproxen, per-say. However, if you are taking it long-term, you may develop a tolerance to it. Then you may find naproxen not working as well. You may even have some withdrawals when you quit using naproxen, after taking it for a while. While you won’t become mentally dependent on this medication, you should still be aware of any naproxen interactions before you take this medication on a regular basis. If you experience any changes to your skin when taking this medication, such as swelling or rashes, or if you have trouble urinating or breathing, seek immediate medical attention.

There are many uses for taking naproxen. Some of these uses including the following:

If you experience any of these issues, you may find that naproxen is a better option than narcotic medications, since naproxen isn’t addictive. However, this is something you will want to talk to your doctor about.

Side Effects with Naproxen

It is also important to know more about the side effects known with naproxen. Some of these common side effects include the following:

The majority of side effects that are mild will only last a couple of day to a couple of weeks. You should speak with your doctor or the pharmacist if you have severe symptoms that won’t let up.

You might experience some severe side effects when taking naproxen as well. Some of these side effects might include the following:

These symptoms require you to seek medical attention right away. You don’t want to take these symptoms lightly.

Many people want to know if it is possible to overdose on naproxen. Yes, you can overdose on this medication. If you do, call the poison control or seek emergency medical attention right away.

You can’t get high on naproxen. However, there are many side effects that may be present when taking this medication. While naproxen isn’t a narcotic medication, many people do use it to treat mild to moderate aches and pains. If you are in pain, speak to your doctor about the best treatment options for you. They can let you know if naproxen is the best choice for treating your pain or if there are other options they can recommend. Sometimes there are lifestyle changes you can make to help reduce your pain. Make the call to your doctor if you need help managing your pain.

Questions or concerns?  Reach out to Sunshine Behavioral Health today.