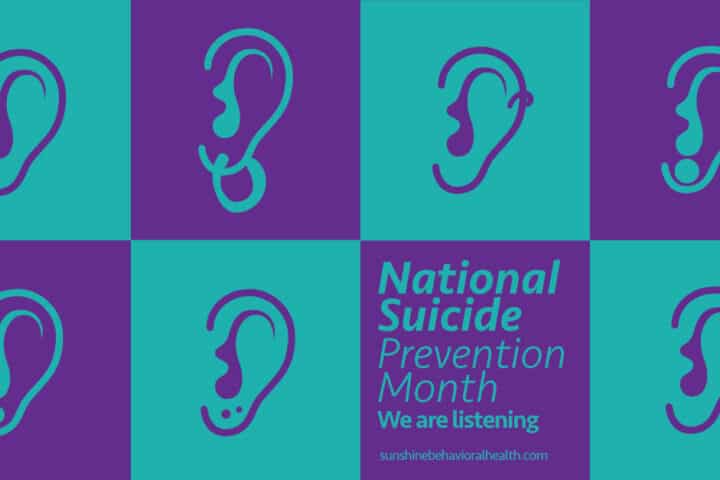 Suicide is a tough subject to discuss. People might worry about upsetting other people if they’ve lost someone to suicide. They may feel that talking might prompt people to take their lives.

Some people who have attempted suicide, have suicidal thoughts, or have other mental illnesses might be worried that others will judge or stigmatize them.

But talking is one of the best things we can do. During September, National Suicide Prevention Month, we can acknowledge the power of talking.

Should you talk about suicide?

Yes! Talking about suicide won’t cause it. If people are depressed or struggling, they may have thought about suicide already. Your words won’t give them new ideas or cause them to harm themselves.

If anything, your words could help them. By expressing honest, compassionate concern, you can show people that you care for their well-being. They may be feeling that others don’t love and care for them, so directly expressing such feelings can be proof that you do.

Your words can help them from spiraling further. By engaging in conversations, struggling people have opportunities to talk. By saying things out loud, they may be able to sort out what they’re thinking and feeling and hear how their thoughts and feelings sound.

How do you talk with someone who is suicidal?

Actually, you even don’t have to talk. Your most important role could be to listen.

When you do talk, don’t worry about having the right answers or the right things to say. You can be honest and say things such as, “I don’t know what you’re going through, but I love you and I hear you.”

You can suggest ways to help. This assistance may include finding a therapist or visiting an addiction treatment center if your loved one also has problems with drugs or alcohol. You can say that while you may not have all the answers, you can help them find assistance that does provide such answers.

We might feel uncomfortable talking about suicide and other mental illnesses, but it’s okay to feel uncomfortable and not know everything. Being honest about ignorance and awkwardness is far better than avoiding difficult conversations and trying to pretend that everything’s okay.

Because sometimes it isn’t. And that’s okay because you can help.