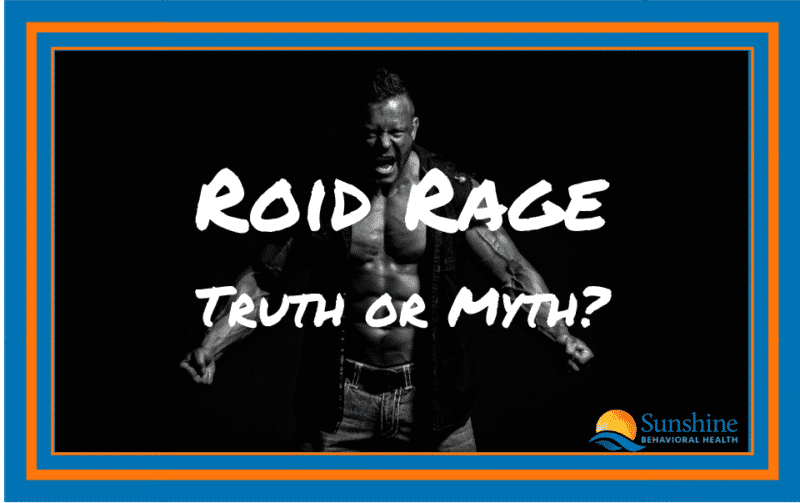 You always hear about bodybuilders having a short fuse due to steroid use. It doesn’t help seeing TV or YouTube clips of these muscle-filled individuals angrily reacting to minor situations.

But how much truth is there in these myths?

There is some level of truth to these myths. There are bodybuilders where it takes very little for them to explode violently. A 2015 study of more than 10,000 respondents revealed that those who have been in prison for violent crimes are more likely to have abused steroids. However, everything is not that simple. These inmates have also past history of drug dependence on other substances, oftentimes abusing them simultaneously.

They also have some history with violent behavior and anger management issues, which might be triggered by steroid abuse.

Steroid Use and Abuse

With the prevalence of social media and the Internet, young kids are pressured to look better than ever before. Skinny kids suffer from bullying or verbal and physical abuse. Professional athletes and celebrities are all sporting buff bodies, and this is something kids would want to emulate.

But they want the easy way out, so they take shortcuts. Steroids are the fastest way to bulk up, especially if you have some hormonal problem.

According to the National Institute on Drug Abuse, there are more than 1 million Americans who admitted to using anabolic steroids. The figure translates to about 0.5% of the population. Meanwhile, the misconception of steroids being harmless still perpetuates among high school seniors.

How Much is Too Much?

The research into the roid rage is scarce and the results are diverse. In 1996, a clinical study looked in the possible effects of testosterone infusion among 43 healthy and average men. The researchers used placebos in some of the controlled group and testosterone enanthate in some men. They were then subjected to different stimuli to elicit a strong emotion. At the end of 10 weeks, they and their partners were asked the same questions regarding their behavior and mood.

The researchers found that the participants didn’t suffer from any kind of roid rage during the whole experiment. But they did suggest that higher doses of steroids could elicit violent behavior for men with “preexisting psychopathology,” which basically means they already have an existing mental condition.

Now, we circle back to the main question: do steroids really cause the user to lose control?

Simply put, roid rage is a result of an overreaction to an external or internal stimulus. Oftentimes, the response is not justified when you look at the stimulus and it almost always ends badly for  the angry person. For instance, you say something that the person considered as insulting, he may throw his phone and break the gadget or punch a wall and break his hand.

With that said, you can’t really dismiss outright that roid rage is a myth. Multiple reports of violent crimes involve perpetrators that have abused steroids. These reports are fairly common and fully documented.

Because of the scant research, you can’t conclude one way or the other. What is clear is that there are individuals considered as “at risk” to roid rage. These are people with prior history to violent behavior, post-traumatic stress disorder, or other psychiatric disorders. The steroid abuse is but the light that sparks the fuse.

Just look at the background of these perpetrators and you will find some psychopathological issue which bubbled up to the surface because of steroid use. The same can be said if the person is using drugs or alcohol. Substance abuse can trigger violent behavior. There also seems to be some connection between high dosage of steroids and roid rage.

If somebody is experiencing roid rage, it’s more than likely that they are also abusing steroids. They need to get treatment right away. In some instances, you may need a drug rehab to help flush out the toxins from your body. After which, you will undergo cognitive behavioral therapy to modify your behavior in response to different emotional triggers.

Whatever you do, don’t try to taper off steroids on your own because it will send you off to an emotional roller-coaster ride, which can be overwhelming. The withdrawal symptoms can also be dangerous without medical supervision.