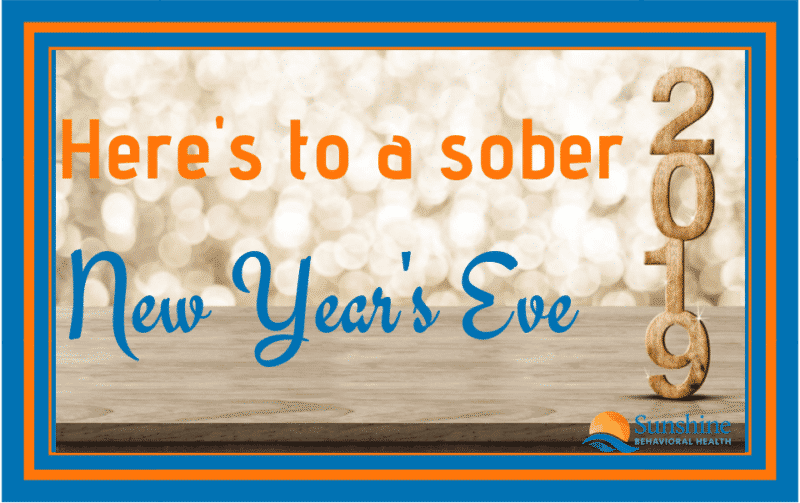 New Year’s Eve is tough for those working to overcome an alcohol abuse disorder. People want to get a little tipsy; if you don’t plan yourself appropriately, it could be the point of your relapse. At a time when people want to bust in alcoholic drinks, you can make it a very drink-free moment and help keep your sobriety on track. If you are vigilant around this time of the year, you can beat the temptations, the urge, and the need of wanting to take alcohol. A sober New Year’s Eve should be your most important moment if you’re recovering from drug and alcohol abuse. Just because you won’t be imbibing doesn’t mean there won’t be fun during New Year’s Eve. Various things you can do that will happily keep you out of the booze on December 31 are:

Throw Your Own Party

A sober New Year’s Eve starts with you. If you feel that places you will visit or hang out with or the people you will be in the company of can influence you to take a drink, you can just consider being at home and hosting your own party. Many people want to be out of their homes during New Year’s Eve, but they don’t know the stake it comes with. Sometimes it doesn’t have to be that drink. It can even be something like an accident – they happen so frequently.

Having a DIY party allows you to choose the people you will be in the company of at home. You don’t need to surround yourself with drunk people. You can throw some mocktails, have some crostini, or whatever you think isn’t going to make you feel high.

When you remain sober on New Year’s Eve, you will have everything clear. The food tastes great, and the sky looks blue, so head to dinner to have several dinner courses. Think of light food items like dessert. If you’re going to have something heavy, check that it doesn’t add your weight. After New Year’s Eve, you will have resolutions to make, so waking up in a sober mood will help kick-start the year on a high note. Choose restaurants that offer special tasting menus on New Year’s Eve.

Think of the Little Laugh

A sober New Year’s Eve doesn’t have to be miserable anymore. Think of how you are going to make a laughing evening. Attend a comedy show and find how joyous it can be to you when you laugh and laugh. There are even free comedy shows dedicated to people striving to remain sober. On an evening when people traditionally think of partying and being high, you can take that time to celebrate your sobriety with some laugh and joy.

You don’t have to be at a party during the New Year’s Eve.  You can chill out with some meditation and yoga. The holiday season comes with a bit of stress; you are trying to make your family and friends happy with presents and gifts. Your plans maybe haven’t been the way you wanted. Although the year is ending, you can shake all the misfortunes and laments by taking some time alone to get involved in spiritual and soul-searching activities. Yoga and meditation can take away the stress you have built over the holiday season. Meditation can even help you honor your New Year resolutions because you take time to connect with things that are really important in you.

Take Part in a Sober Dance

Look for a spot that is hosting a sober dance and enjoy yourself. It may sound like something lame when you have a group of non-drinkers parting like high school students. However, there is more fun than you can imagine. It can even be at a church in your neighborhood that is hosting a New Year’s Eve party. Remind yourself that you want to be as sober as you have been, and no mistake about it.

The 24-hour marathon meeting hosted in one space can make the difference between slipping back to alcohol and remaining sober. While other people will want to have champagne toasts, let it be a different experience for you.  Alcothons begin on 31st noon and go on until noon 1st January.

It may feel as though it’s not the most fun way to do things. However, having a sober New Year’s Eve in a support group meeting gives you some beautiful moments. You actually reflect back and see how you have made the milestones. Remember that you have achieved a lot to remain sober and there is no better way of celebrating it than sharing your stories with people who have been on the same journey. So, take your time and attend the support group meeting to help combat temptation.

In a nutshell, don’t let the end of year atmosphere ruin your achievements of being sober, follow these tips to help you stay away from drugs and alcohol. If you are battling addiction, make it a New Year’s resolution to join a rehab center to start treatment.