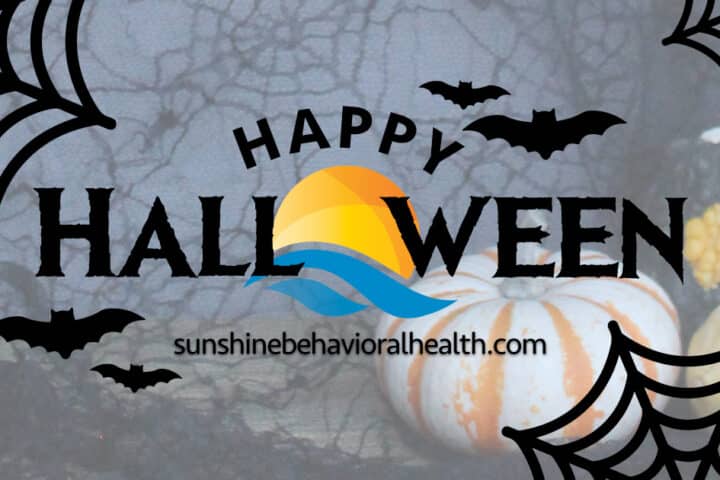 Halloween is going to be a strange holiday this year, considering that we have real-life scares such as COVID-19 lingering and flu season getting into gear.

We may (hopefully) have our hand-sanitizing and social distancing routines down pat (and masks, too, because Halloween AND the pandemic …) but some traditions linger, good or bad, such as candy corn (also good or bad, depending) and the stigma surrounding mental illness.

If you think Halloween and your mind drifts to thoughts of witches, ghosts, and a favorite superhero, you’re not perpetuating any stigma.

If your costume is an escapee from the asylum, however, that is perpetuating a myth that someone with mental health struggles is a danger or someone to be avoided. (That costume doesn’t seem to be dominating lists so much this year, though. Perhaps it’s a result of being cooped up after COVID-19 began to spread.)

Some hot costumes this year hail from Netflix’s documentary sensation, Tiger King: Murder, Mayhem, and Madness, proving that this big cat has legs. The appeal is understandable. The show was memorable with loads of moments that had viewers asking, “What did I just see here?”

Tiger King was like a traffic accident happening in slow motion, so many viewers found it hard to turn away. Digging deeper beneath the surface, however, there are many mental health red flags.

There’s the narcissism angle: an inflated sense of self, a powerful need for attention, a tendency to exploit others for personal gain, and troubled relationships are just four signs or a narcissistic personality disorder. More than a couple individuals in the series showed such traits.

Substance use is also part of the show. Several people had a history of drug use, particularly methamphetamine (meth). Anyone not affected directly by addiction may laugh at the missing teeth or be amused to learn there were ex-convicts and recovery addicts populating that world.

It’s a superficial joke at best, and when you examine the show more closely, it’s actually pretty tragic. Addiction and mental disorders frequently are rooted in trauma.

Joe Schreibvogel (aka Joe Exotic) allegedly was a victim of rape as a child and was an outcast in part due to his homosexuality. Those factors could very well have fueled some of his later behaviors.

A number of people with substance use disorders were featured on the show too. Travis Maldonado was one such person. He was one of Joe Exotic’s husbands but also suffered from drug addiction, eventually accidentally taking his own life at the age of 23.

Those are just two small examples of the issues surrounding Tiger King and the stigma attached to mental illness and drug use. One good thing about the show was how open many of its cast members were about their struggles with addiction. That’s one thing Tiger King got very right. It’s a very real, all too-human problem.

Being scary is perfectly alright for Halloween, but let’s not make light of or ridicule the real scares.

nymag.com – The 11 Best Pop-Culture Halloween Costumes You Can Buy Online

healthline.com – 11 Signs You’re Dating a Narcissist — and How to Get Out

observer.com – What Netflix’s “Tiger King” Left Out About Joe Exotic

nami.org – You Can Be Scary This Halloween Without Perpetuating Stigma