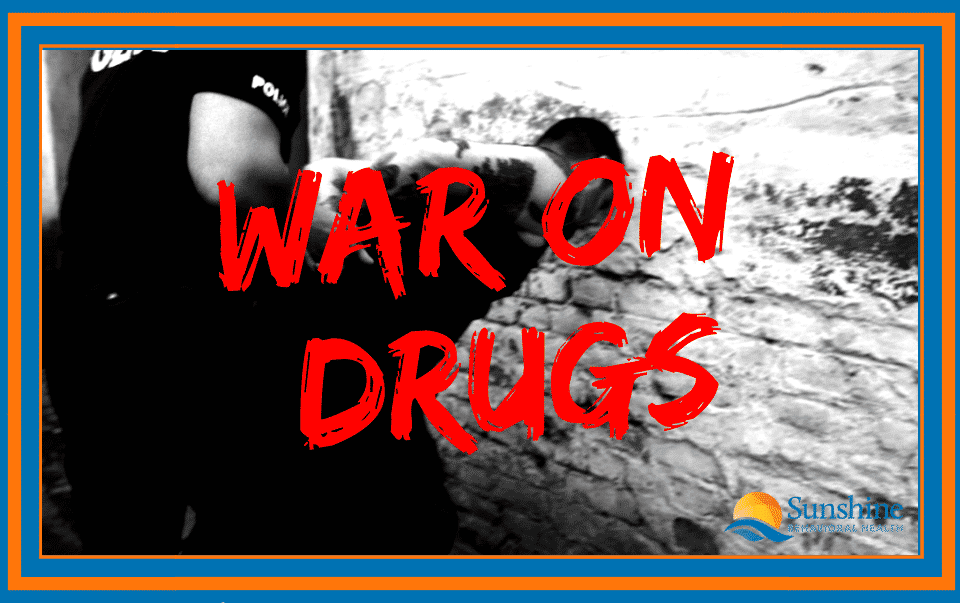 The war on drugs has, without a doubt, been the longest war the United States has been involved in. In 1971, President Nixon declared that drug abuse was the number one problem in America, thus beginning the war on drugs. Nixon’s goal, however, was to increase funding for drug abuse treatment. The war on drugs today primarily focuses on attempts to prevent drug abuse through incarceration and stopping the flow of drugs into the country.

How big is the illegal drug industry? While the exact value is difficult to estimate, according to recent statistics, the illicit drug market is likely a $400 billion a year industry. How much do drugs cost has a variety of answers around the world, and while the cost of drugs seems to be declining, the rate of drug abuse and spending to combat drug abuse are increasing.

How Much Money Has Been Spent on the War on Drugs Since 1971?

The war on drugs cost statistics is staggering. Nixon’s first war on drugs budget was $100 million and today, our nation is spending tens of billions every year. Where exactly does this money go? Think by Numbers’ war on drugs spending chart, plus statistics from federal budgets show that the majority of spending has been in four main areas.

Fighting drug gangs and trafficking outside of the United States

Each year, the U.S. spends billions of dollars fighting drug trafficking and gangs outside of the U.S. However, if we look at examples like Colombia, once the U.S. poured money into stopping the flow of drugs in that country, trafficking moved to neighboring countries like Mexico.

Thus far, over $33 billion has been spent on programs like DARE and other “Just Say No” programs. However, statistics show that drug overdoses and illegal drug use continue to rise amongst high school students despite these programs.

Law enforcement at the borders

Nearly $50 billion has been spent so far on attempting to cut off the flow of drugs at America’s borders. However, drugs continue to pour into the country, often from Mexico but also more recently from China and other non-bordering countries.

This by far has been the biggest expense. Over $450 billion has been spent to incarcerate individuals on drug charges in federal prisons, with an additional $121 billion spent on nonviolent drug offenses. A third of the latter cost has been for possession of marijuana. Currently, over half of the federal prisoners in this country were arrested on drug charges.

The War on Drugs: Problems Rather than Peace

It is increasingly clear that there are several problems with the war on drugs. First, considerably more is spent incarcerating people on drug abuse charges than is spent on treatment and research. Statistics show that incarceration actually increases the risk of future drug abuse, creating a vicious cycle of drug use, incarceration, and future drug use.

There are also significant cost implications for incarcerating individuals on drug charges. In the United States, there is an average of two arrests every minute for drug-related charges. It also costs taxpayers around $30,000 a year per inmate, which is higher than a year’s tuition at many universities.

Even with high rates of incarceration, the rate of drug abuse and addiction hasn’t gone down. In fact, there has been a sharp increase in the number of drug overdose deaths in the United States, from 16,800 in 1999 to 70,200 in 2017.

These statistics have fueled the war on drugs debate, with many calling for an end to the taboo surrounding drug addiction and the war on drugs. While this fight may have started with good intentions, forty years later, we are seeing increasing rates of drug-related incarcerations while also seeing record numbers of overdose deaths, leaving taxpayers footing a trillion dollar bill with nothing to show for it.

It’s important to look at the true cost of the war on drugs, both financially and in terms of human lives. If we want to end the tragic loss of so many Americans, it’s time to turn to funding treatment programs and research into treating drug abuse rather than simply continuing failed attempts at preventing it.

Questions or concerns?  Reach out to Sunshine Behavioral Health today.