Addiction is a disease and a mental illness; in a sense, it can be contagious. It also can affect those around people with substance use disorders. Spouses and partners and other loved ones must be careful that they don’t become codependent—enabling their loved one’s destructive behavior or harming themselves by trying to help someone who doesn’t want help. 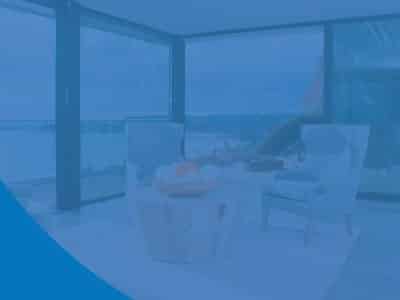 Anyone who has been close to an individual with a substance use disorder or an addiction has faced at least two dilemmas: how do I help them without enabling their addiction and how do I provide such help without hurting myself in the process?

To do either means not only are you in a relationship with an individual who has a substance use disorder but that you have a personality disorder. You are codependent.

There is no universally agreed-upon definition of codependency. According to some researchers and therapists, codependency is a disease, a separate mental health problem such as substance use disorder (SUD). That means anyone with codependency and SUD has a co-occurring disorder or a dual diagnosis.

Throughout the multiple definitions, having already mentioned the approach given to this term as a separate disease. There are also approaches where it is defined as a didactic tool to define the problematic family environment of the individual with substance use disorder. Where the family is also intended to focus on their own dysfunctional patterns of behavior.

One definition of codependency is when people try to help other people—sometimes people who don’t want help—but fail to take care of themselves. Another definition is a relationship in which one partner gives and the other partner only takes.

Codependency could be mistaken for Christian virtue, but that depends on the motivation. Volunteerism and giving can have mental health benefits but it’s not charity if you can’t say “no” or if you are giving because you’re afraid not to.

According to one definition agreed upon at a national conference of experts, the codependent doesn’t “give” out of a sense of charity or compassion—although they may pretend to be an “unselfish virtuous martyr”—but rather a compulsive need for approval to feel safe and have a sense of self-worth.

In general, one partner has narcissistic personality disorder—an inflated sense of self-importance and entitlement, demands attention and admiration from others, and shows no empathy towards others—and the other has low self-esteem. Narcissists, however, often conceal their low self-esteem with their narcissistic behaviors, or may not be deliberately using the other.

There is no one known cause of codependency. Some think it starts with a violent childhood, a dysfunctional family life. This can lead to a need to please other people as well as anxiety and depression. Substance use disorder could be a co-occurring factor. These aren’t necessarily causes of codependency but they might trigger the disorder.

Some other possible triggers of codependency may include:

These can be valid feelings that help us modify or prevent behavior, but they can also be toxic, false, and lead to codependency.

What Is Codependency in Addiction?

Addiction and codependency don’t necessarily go together, but they often do. The “taker” may have a substance use disorder. The “giver” may aid or enable this SUD, knowingly or unknowingly. In some cases, codependents may also use the same substance, but not always because they want to.

Codependency was originally applied to women in relationships with men who have alcohol use disorders, but it is no longer limited to one gender or disorder. It also occurs with other mental health problems or personality disorders.

Codependents also may encourage these destructive SUD behaviors for their reasons. They might be people-pleasers, martyrs, or rescuers. They may want to be helpful, but they could just want to be controlling. They might enjoy making a showy display of self-sacrifice or get off on saving someone. They need help just as much as the individual with SUD.

If individuals with substance use disorders need to go to Alcoholics Anonymous or Narcotics Anonymous, codependents need to go to organizations that provide support such as Al-Anon or Nar-Anon. They need to learn not to aid their loved ones in their SUD and not to invest their self-esteem and self-worth in stopping that SUD.

Women, in general, seem to suffer from codependency more often and more deeply, though codependency is not exclusively a female personality disorder. One study found women show five signs of codependency compared to two for men. Those five are:

Meanwhile, codependent traits in men take the form of assuming responsibility for their partners’ behaviors and trying to control their partners.

Is Codependency a Separate Disorder?

Melody Beattie’s bestselling book Codependent No More (1986) popularized the latter interpretation of the concept. Also in 1986, Timmen Cermak argued that codependence is a separate personality disorder and should be listed in the American Psychiatric Association’s authoritative Diagnostic and Statistical Manual of Mental Disorders (DSM).

Despite that 50-year-plus pedigree, neither the APA or many psychologists or psychiatrists accept that codependency as a separate personality disorder exists. They consider it a pop psychology term.

The APA and many respected medical institutions prefer the similar term and diagnosis dependent personality disorder (DPD). The chief difference between the two seems to be that DPD identifies a more general dependence, not a one-on-one dependence.

Difference Between Enabling and Codependency

Enabling occurs when one individual helps another individual feed their illness, such as a substance use disorder (SUD). Codependency is two people in a complementary but unhealthy relationship. One of them is the enabler and the other is the enabler, but there are other differences.

It is possible to enable without being codependent. Enabling can be passive. The enabler may not be a full-blown codependent relationship as defined because it doesn’t cost them that much. Their identity isn’t tied up in it. They enable out of misguided kindness or disinterest: they don’t see the harm or don’t care.

Enabling doesn’t necessarily mean supplying substances to be abused, but enabling makes it possible for an addicted person to continue their behavior because others cover for them.

Continuing to enable may imply support for another person’s SUD. At the very least, it frees up the person’s time and money for drugs and related activities. You could be enabling them if you provide, for no cost:

In a 1985 study of alcoholism and codependency, codependency was called “an enabling illness” that “constantly stands between the alcoholic and his crises, thus enabling and condoning the further usage.” The codependent must learn to detach by going to Al-Anon or Nar-Anon. Being in a relationship with someone with a SUD, especially for two years or longer, is among the criteria for codependence.

It can be difficult to recognize that one is entering into a codependent relationship until it is well established. By then it is even more difficult to get out of it. Here are some of the things you need to look out for.

Examples of codependency in a relationship include:

If the taker has a substance use disorder or another unhealthy habit, the giver may also take up the habit. It can be voluntary, a desire to be closer by sharing the same experience. It also can be inertia, using the substance because it’s there. Or it can because the taker wants the giver to do so, and the giver is afraid not to.

The best treatment for codependency in addiction is integrated treatment: dual diagnosis treatment that addresses both disorders at the same time, with therapists for each disorder working together.