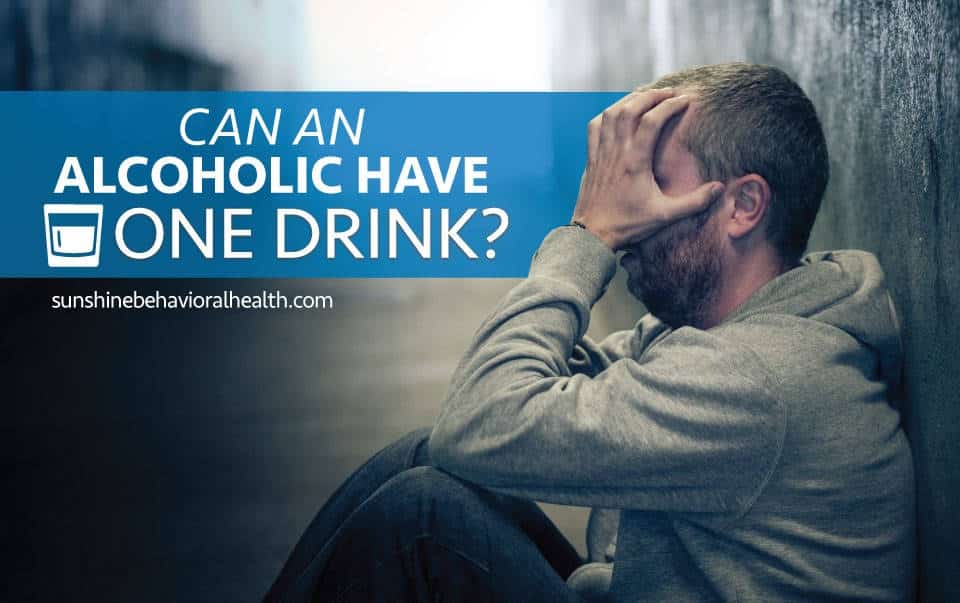 Can an Alcoholic Ever Drink Again? Drinking Moderately, Yes or No?

Can an Alcoholic Ever Drink Again? Drinking Moderately, Yes or No?

Abstinence is difficult, moderate drinking may have health benefits, and some say alcoholics can learn to take just one drink. It’s not that easy.

People with alcohol use disorder, also known as alcoholics and problem drinkers, are told by Alcoholics Anonymous (AA) and most addiction specialists that they cannot and should not drink ever again. Since AA’s steps state that people “were powerless over alcohol” and could not control their drinking, it claims that the only prudent course is to not drink at all.

Not all drinkers agree with that stance. In 1994, Audrey Kishline founded Moderation Management (MM) to teach “problem drinkers”—those not yet alcoholics—how to drink moderately using the principles of cognitive behavior therapy.

Moderate drinking—defined by the U.S. Department of Health and Human Services as up to one drink daily for women, two for men—has also been touted as having heart health benefits.

A standard drink is generally agreed to be:

So, is drinking in moderation possible for alcoholics? Probably not, but that depends on who you consider to be an alcoholic.

Who Is an Alcoholic?

There is no official definition of what makes someone an alcoholic or someone with alcoholism. (The preferred term is alcohol use disorder, with degrees of severity.) Some people seem to have a genetic predisposition, but there isn’t a simple blood test to detect it. You drink at your own risk.

Some people argue that alcoholism is a continuum, a set of stages ranging from occasional overindulgence to addiction, plus problematic behaviors such as aggression and driving drunk. Others refer to drinking problems in general with only the worst qualifying as an alcoholic.

The American Psychiatric Association’s standard Diagnostic and Statistical Manual of Mental Disorders (DSM–5) doesn’t use the term alcoholism. Instead, the manual ranks alcohol use disorder (AUD) based on how many of the 11 criteria the drinkers meet: mild (two), moderate (four), and severe (six or more).

Drinking tends to increase after high school, peak at about age 22, and then decline. That’s when adult responsibilities (job, marriage, children) start to emerge. Maybe if you keep drinking heavily after age 22, that’s an indicator that you have a severe AUD.

The chief benefit of allowing alcoholics to drink—under controlled circumstances and while they receive treatment for their addiction—is when it is the only way to motivate them.

Some people with AUD may not be ready or willing to abstain from alcohol even though they know they need help. If they try and fail to moderate their drinking, they may realize the severity of their problem.

It is difficult to stop addiction and no addict really wants to stop. Addiction alters the brain, rewires its reward system, and changes its chemistry. Alcohol use becomes the new normal.

What addicts often want to stop are the negative consequences of alcohol use: withdrawal symptoms, destruction to their lives, relationships, finances, and professional and social standings.

Many addiction programs believe abstinence is the only treatment that works. That’s why the approach of using counseling with evidence-based medication-assisted treatment (MAT) with naltrexone, acamprosate, or other drugs isn’t used more widely.

Many old-school doctors, judges, and politicians believe that MAT is replacing one addiction for another. That was the rap on methadone for heroin addiction. Unlike methadone, however, neither acamprosate or naltrexone produce a high similar to the feelings that alcohol produces.

Given the options of total abstinence, MAT, or some form of moderation management, controlled drinking might seem reasonable. One or two drinks a day seems manageable. The Substance Abuse and Mental Health Services Administration includes Moderation Management (MM) in a registry of evidence-based treatment programs but not AA.

Should an Alcoholic Try Drinking Again?

However, as even MM admits, its strategy isn’t for everybody. About 30% of the people who try MM fail and go on to AA or similar abstinence programs. That means it may work for about 70% of those who think their AUD is not severe. It is not always possible to tell in which group you belong until you try.

Normally alcoholics are thought to be in the most severe level of AUD, with the least chance of stopping their drinking, those who are so far beyond rational about their alcohol use that they cannot be trusted to have only one drink and then stop.

That one drink per day is meant to be a hard-and-fast rule. It’s a coupon that expires at midnight. It cannot be combined with the next day’s coupon to allow two drinks in a day if you skip one day. That would not be moderate or controlled drinking.

Sometimes, even with abstinence-based treatment, stopping cold turkey is not a good idea. It could even be fatal. Some form of moderation management might be used while the drinker tapers off safely. That would be in the context of a monitored detoxification program and end as soon as feasible.

On one’s own, moderate drinking is a dangerous gamble. MM’s founder continued to drink excessively despite her program. She tried several other abstinence-only programs but still continued drinking uncontrolably, drove drunk and killed two people, spent time in prison, and possibly committed suicide.

Do the Benefits Outweigh the Risks?

Alcohol has had a split personality healthwise for centuries. It has been extolled for its health benefits almost as often as for its health hazards.

In 1981 this was codified as the French paradox: people in France drink a lot of wine, eat a lot of saturated fat, but have better cardiovascular health than many nations.

The conclusion—supported by studies that found moderate drinkers had better health outcomes than people who drank heavily or not at all—was that moderate drinking was good for you. Two drinks daily for men, one for women, was deemed safe, even healthy.

Unfortunately, that research didn’t compare the health of moderate drinkers vs. heavy drinkers.

It turns out that some nondrinkers are people who can’t drink because of health problems, maybe even former drinkers. That skewed the results.

More recent research warns that no one should start drinking in the belief that it is healthy. Exercise and diet are much better for heart health. It also suggests that one standard drink (14 grams of pure alcohol) per day should be the upper limit for women and men.

Moderate drinking can increase the risk of cancers, especially breast cancer. More severe use can also make cancers of the mouth, throat, liver, esophagus, and colon more likely. The risks of continued drinking may be high.

In addiction treatment, recovery frequently fails the first time. Relapse is most likely when the rate of alcohol use is most severe. With the health benefits of drinking cast in doubt, there remains little reason for anyone with AUD to try to drink in moderation.

Anyone so severely addicted as to merit the designation alcoholic should not risk even a single drink.