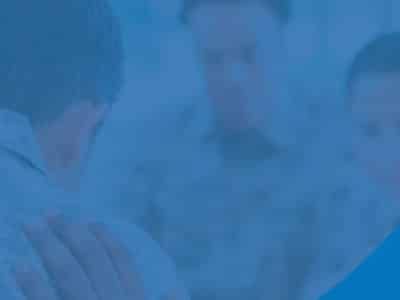 About 70 percent of adults in the US have experienced a traumatic even once on their entire lifetime, according to a report by the PTSD alliance. These traumatic events may lead to substance abuse and alcohol addiction.  Such traumatic events, whatever kind of experience that is, most probably plague the mental health of not only Americans but also other people around the world. Out of the statistics, about 20 percent of them would develop into a mental health disorder called Post Traumatic Stress Disorder or PTSD for short. And if the person relied to drug addiction as a means to escape, he could acquire dual diagnosis.

Post-stress traumatic disorder (PTSD) is a type of mental health condition not to be ignored because it can affect not only the lives of those who suffer it, but also those around them. If not addressed immediately and properly, PTSD can lead to addiction and dual diagnosis. This mental health condition is not simply a bad memory unforgotten. Rather, it is something that stemmed or triggered from the patient’s past which may have left them terrified or traumatized for most of their lives.

PTSD is often triggered when a person feels he or she is in a compromised situation. When this happens, the brain releases chemicals that result to increased blood pressure, heart rate, body temperature, and even labored breathing. Usually, these bodily responses are normal when a person is in danger. What is not normal is when these stress responses linger after the dangerous situation has already subsided. This is when PTSD occurs. With the recurrent episodes of symptoms a person may seek relief from illegal drugs and alcohol, eventually leading to mental health problems, addiction and dual diagnosis.

Those who go through PTSD may experience a hard time adjusting and coping from the experience, especially if the person also has an addiction to illegal substance. In fact, this mental health condition (PTSD and addiction) doesn’t just simply go away and may last for month or even years after that particular traumatic incident. If left untreated, this may lead to more serious problems like mental health deterioration, dual diagnosis and addiction. Around 8 million American adults suffer from PTSD, regardless of age.

Women are also prone to having the mental health condition than men. This may be explained by the fact that more women are victims of assaults, abuse, or violence, according to a report by Mayo Clinic. Still, men are just as likely to develop PTSD depending on the trauma they have suffered in the past.

Furthermore, this type of mental health condition is also commonly associated with depression, substance abuse, addiction and anxiety attacks, which will further be discussed later on. Thankfully, there are treatments or rehab institutions available to provide help for those who suffer from PTSD and addiction.

The exact cause of PTSD is unknown because it can be triggered by different instances in different people. Nevertheless, the cause of this type of mental health illness may have something to do with psychological, physical, social, genetics, or emotional factors. PTSD may occur months or even years after the traumatic incident happened. On the other hand, some may develop symptoms of a mental health problem right after the tragic event.

While anyone is at risk of developing PTSD, several research reveal that people who suffered from physical, mental, or emotional trauma in the past are at higher risk of having this mental health condition. Among those people who are more likely to develop PTSD and dual diagnosis are the following:

Meanwhile, the National Center for PTSD of the US Department of Veterans Affairs revealed that most women with PTSD stemmed from sexual abuse or physical assault they have experienced in the past.

People with PTSD have different responses in certain traumatic events and exhibit varying symptoms. According to Mayo Clinic,symptoms of this type of mental health illness are grouped into four types: intrusive memories, avoidance, drastic changes in mood, and physical and emotional reaction changes.

Among common symptoms of intrusive memories include the occurrence of flashbacks or nightmares relating to the incident, as well as intense emotional distress or physical reaction when exposed to any triggers. Basically, people with such reactions experience recurring thoughts, flashbacks, or nightmares related to that traumatic event. Meanwhile, common symptoms of avoidance include shying away from people, places, events, or anything that reminds them of that unfortunate event. Basically, these people try to avoid anything or anyone who remind them of those traumatic memories.

People with symptoms of PTSD may exhibit drastic changes in mood and cognition. Among these symptoms include excessive feelings of guilt, low self-esteem, negative thoughts of other people and the world, poor social interaction, detachment from loved ones including family and friends, memory loss, or loss of interest in activities that are previously enjoyed. People with PTSD may also experience drastic changes in physical and emotional reactions. Among symptoms include troubled sleeping and concentration; gets easily irritated, startled, or frightened; or even having suicidal thoughts.

Lastly, people with PTSD may turn to alcohol and drug addiction for relief and escape. This addiction can also later on turn into dual diagnosis. If you discover a loved one using illegal drugs because of PTSD this should be immediately addressed to avoid addiction and severe problems.

The Link Between PTSD And Addiction

People with PTSD may have a hard time dealing with the current situation of their mental health. As a result, they would turn to addiction to alcohol and drugs as a way to escape what they are going through. Apparently, endorphins are released whenever a person with PTSD use drugs or consume too much alcohol. In effect, endorphins released by the brain reduce pain, which help the person cope with the stress he or she is currently feeling. This is the first step toward addiction and dual diagnosis.

However, when the effect of the alcohol and drugs eventually subside, it creates an endorphin withdrawal, which in turn causes mental health problems such as anxiety, depression, emotional distress, physical pain, and ultimately, begins to have an addiction to drugs and alcohol. Yes, there is such thing as dual diagnosis, where a person is both diagnosed with PTSD and substance or alcohol addiction.

Such increased dependence to drugs and alcohol can lead to addiction that can worsen the PTSD-inflicted person’s life. The feeling of getting “high” that is produced by alcohol and drugs is only temporary. Plus, addiction to illegal substance can hinder the person from making sound decisions and even endanger his or her life due to such compulsive decisions, such as getting involved in an accident or a crime. Getting your loved one in a rehab center can help control this situation and remove him or her from the clutches of addiction.

Among common signs of substance or alcohol addiction include the following:

A person with PTSD needs professional intervention immediately, and so are those who suffer from both PTSD and addiction to drugs and alcohol. If you or if you know someone who suffers from the latter, find a recovery or rehab facility with specialization in dual diagnosis. Such rehab centers can help address PTSD and substance or alcohol addiction simultaneously.

Recovery from such kind of dual diagnosis requires relentless support from psychiatric professionals at a rehab facility, as well as the affected person’s loved ones and others who suffer the same mental health condition. People who suffer from a dual diagnosis of PTSD and substance / alcohol addiction should not be ashamed to seek professional help or get themselves into an addiction rehab center. After all, it’s for the betterment of everyone – not only for those who suffer from it, but also the people around them.

On the other hand, some patients with this type of mental health illness coupled with addiction, tend to have suicidal thoughts. In this case, they are advised to get professional help right away. This will help them recover and address their addiction at the same time. More importantly, nothing beats the support of family and friends, a minister or a spiritual leader within your religious community. There is also a suicide hotline number 1-800-273-TALKwhere you can talk to a trained counselor.

Dual diagnosis of PTSD and addiction is a serious mental health condition that should not be ignored. That is why it is important to address its symptoms immediately before the condition leads to unpleasant consequences. If possible, medical intervention should be provided during the onset of PTSD, before it leads to other issues such as addiction. Most of all, it is also important that the one suffering from PTSD, substance addiction, or both is surrounded by a solid support group – whether his or her family and friends, or those who suffer from the same mental health condition at rehab treatment center – that can help him or her released from the grip of these mental health disorders.