Lithium: What Is It, What Is It Used for, and Is It Addictive 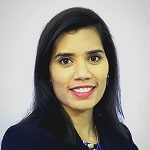 Lithium is a medication derived from lithium salts. It is usually prescribed to treat bipolar disorder and can even be used to treat depression when some of the traditional antidepressants aren’t effective. Many feel that lithium is a useful but underutilized drug, at least in the United States.

It does not seem to be addictive or even habit-forming. Lithium does not produce any of the classic withdrawal symptoms associated with substance use disorder, and it is inexpensive.

Since lithium is a medication, it must be obtained with a prescription and according to a physician’s instructions. Even taken as directed, there can be side effects that may require adjustments, but it seems to have none of the side effects of benzodiazepines (benzos).

So, why isn’t it prescribed more often?

Lithium is an element, one of the lightest metals. It is used in batteries, but in far smaller amounts, it is found naturally occurring in salts such as lithium carbonate. It is a mood stabilizer. People used to visit mineral springs for healing before the element was isolated.

Lithium was also used to treat gout, a type of arthritis, by reducing uric acid concentrations in the mid-1800s. It was first suggested for use as a treatment of psychiatric disorders in the United States in the 1870s and in Denmark in 1894 but disappeared from the literature in the United States until the 1950s.

It’s not immediately obvious why because lithium is a very effective drug.

Some of the benefits of lithium are:

No drug works the same way for everyone, and lithium is no different. It can be ineffective or have negative side effects that outweigh its benefits.

Despite its strength as a mood stabilizer, and the reluctance to prescribe it in the United States, lithium is not addictive except in the sense that anything can become psychologically addictive.

One of the key signs of addiction is that when an individual stops taking the drug, they begin to go through withdrawal, experiencing sweats, anxiety, pain, and above all, a craving to take the drug again. In advanced dependence or addiction, all the individual wants to do is get more of the drug.

While Lithium may be necessary for the duration of one’s life, like insulin, to avoid a return of mania alternating with depression, this is not addiction. If individuals with diabetes stop taking insulin, they will suffer symptoms, but they are not addicted to insulin.

The substance can also be toxic if one takes too much at one time, and that amount can change due to circumstances. But that doesn’t mean they need a lithium detox in the way that one who is addicted to heroin needs a heroin detox or someone with alcohol use disorder needs an alcohol detox.

On the other hand, one reason that physicians may have been reluctant to prescribe lithium in the past is that lithium can be or can become toxic.

Lithium toxicity occurs when individuals take too much lithium, either way too much on one occasion or a little too much over a long period of time. This isn’t necessarily on purpose because other factors can contribute to how lithium affects them. Other contributing factors include the body’s water and sodium levels and what other medications people are using.

According to some researchers, lithium has a narrow range of safety, making a lithium overdose or lithium toxicity all too easy. But others claim that any such toxicity is easily correctable by lowering the dose. According to most, side effects from normal amounts of lithium are rare, especially severe ones.

Side Effects of Lithium Toxicity

If someone you love experiences these problems, call Poison Control (800-222-1222) even if you’re not sure it’s an emergency.

Some possible symptoms of taking too much lithium at one time include:

Lithium can also be of concern when one is pregnant. This may be due to an abundance of caution rather than likely harm.

While there seems little evidence now, lithium has been associated with birth defects or other harm to the baby when taken during pregnancy and perhaps during breastfeeding.

Another possible reason that lithium is less often prescribed may be profit. Since it is a naturally occurring salt, no pharmaceutical company can hold a patent on it.

Other synthetic remedies for bipolar disorder have been developed that do not have that drawback. Some may be more effective in some cases–though lithium is undeniably better than some–but the new drugs have the perceived benefits of being newer and improving on nature.

Any drug can have too little, too much, or no effect on some people. That’s why medications are meant to be prescribed by a doctor, and follow-up visits are encouraged to ensure no bad effects. There should always be a risk-benefit analysis. If the harm is too great, another medication should be tried.

In a majority of cases, however, lithium has shown benefits. It has helped keep some individuals’ moods stabilized safely, sometimes for decades.

Dr Jayasudha Gude MD graduated from NTR University of health sciences in 2010 in India. After graduating, she worked in India for about a year and moved to the United ... Read More