The Dangers of Carfentanil: What You Need To Know 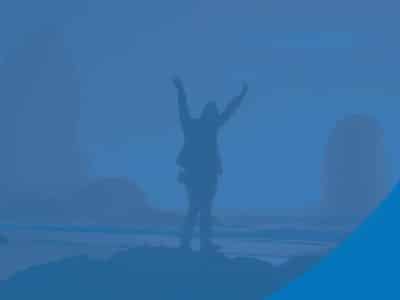 Since the introduction of powerful new prescription opioids in the 1990s, the United States has been experiencing an increasing epidemic of drug overdoses. The pharmaceutical companies claimed that the new synthetic opioids—unlike morphine and codeine—were nonaddictive and lobbied for physicians to prescribe them for ongoing chronic pain, not just temporary acute pain.

When those claims turned out to be exaggerated, the crackdown on prescriptions that followed led to a black market in such painkillers. When those black market drugs became too difficult or expensive to obtain, it increased heroin use, addiction, and overdose. This can be heavily reflected in the opioid abuse statistics.

It also led to the illegal possession of more powerful synthetic opioids. The most common and best-known is fentanyl, which is 50 times more potent than heroin. Much of it is manufactured overseas and has nothing to do with pharmaceutical-grade fentanyl. It is easily shipped through the mail from overseas, and when someone overdoses on this type of fentanyl, it can be exceedingly difficult to treat because the ingredients are unclear.

Now there is an even stronger opioid turning up in drug dealers’ supplies and at the scene of overdoses: carfentanil. In November 2019, authorities found large quantities of carfentanil in Seattle and Dayton, among other places.

What Is Carfentanil Used for?

Unlike fentanyl, which is used for extreme pain, such as pain from cancer or major surgery, carfentanil is so strong that it was originally used as a tranquilizer for large animals such as bears, rhinos and elephants. The only authorized carfentanil use in humans is for positron emission tomography (PET) scans.

Carfentanil is such a strong opioid that it has been suggested the Russian government used carfentanil in aerosol form to kill a group of terrorists in 2002.

How Did Carfentanil Enter the Opioid Trade?

One of the reasons that carfentanil became a black market drug for humans was that until 2017, it was a legal substance in China. Chinese companies could market it on the internet. Even now, a loophole in U.S. postal regulations makes it possible to ship it through U.S. mail.

Almost no drug user asks for carfentanil or even fentanyl. They are too deadly, and few addicts develop a tolerance for opioids high enough to require them. Two milligrams of fentanyl—smaller than a pea—can be lethal. Less than that amount of carfentanil is likely fatal. Most people, even those with a long-time addiction to heroin, do not want to risk using a fatal drug.

Why do drug dealers sell a drug that can easily kill their clients?

Carfentanil is cheaper and easier to obtain—or make—than heroin. When discussing carfentanil vs. heroin, it is important to know that a tiny amount of carfentanil will give the same high as heroin or prescription painkillers such as oxycodone, so carfentanil is mostly used to “cut” or substitute for other opioids and sometimes other drugs. This means that carfentanil drug suppliers spend less money on drugs—heroin is expensive—while being able to sell more products.

The Dangers of Carfentanil

The dangers of carfentanil could extend beyond individuals with opioid use disorders (OUDs). Some government officials worry that the drug could be used as a weapon of mass destruction by foreign armies or terrorist groups such as ISIS.

Surprisingly, the lethality of carfentanil-laced drugs might even be a selling point. Others overdosed could mean the drugs were so “pure” or strong that the people couldn’t handle it. That might attract connoisseurs or daredevils. Some overdoses might increase the demand for a dealer’s product. Carfentanil could be a reputation-builder.

Some law enforcement officials believe if first responders touch carfentanil with their bare hands or inhale even a whiff, it could cause an overdose.

The greatest danger, however, is that you don’t know you are using carfentanil. Buying drugs you don’t know are, in essence, military-grade chemical weapons mean that the risk of overdose, possibly fatal, is extraordinarily high. Even the opioid overdose reversal drug naloxone (Narcan) might not be enough to save lives. If it does, it might only be temporary. The Narcan might wear off before the carfentanil does.

Carfentanil has similar effects to other opioids. People use opioids to feel good and to control pain by activating neurotransmitters in the brain. Repeated use of opioids can lead to addiction.

The difference is that the risk of overdose and death is much higher because carfentanil is much stronger than other opioids—including morphine, heroin, oxycodone, and fentanyl.

A fatal carfentanil overdose can happen within minutes—maybe immediately—after taking the drug. In at least one case, the user died before finishing the injection.

Watch out for these carfentanil overdose symptoms:

If these carfentanil effects occur after drug use, seek medical help.

If you or a loved one is suffering from carfentanil addiction, don’t panic; you have options to help you correct your course.

Carfentanil treatment often includes personalized medical plans of action and a mental health assessment to ensure that anyone suffering from drug addiction is not simultaneously suffering from a mental disorder, also known as a dual diagnosis.

Close monitoring of a person’s physical and mental health is crucial to mitigate the risk of relapse and/or physiological harm that carfentanil withdrawals can cause.

Rehab for carfentanil abuse begins with a careful detox to avoid the worst symptoms of withdrawal. Ideally, this should be undertaken in a therapeutic setting with medical assistance—including medication-assisted treatment—available if people need it. Attempting cold turkey detox on your own is dangerous.

What Happens During Carfentanil Withdrawal?

Symptoms of carfentanil withdrawal are essentially identical to those of other opioid withdrawals. They are painful and unpleasant but rarely life-threatening. But death does happen.

During carfentanil withdrawal, individuals may experience:

Opioids are physically addictive substances; this means your body grows to rely on the substances, and without them, withdrawals could be fatal. This is why seeking professional care with carfentanil addiction treatment is critical.

Remember to work with your insurance provider; there are many treatment options out there, and finding one that fits your personal and financial needs will give you the best chance for success.