What Are The Dangers Of Using Intravenous Cocaine? 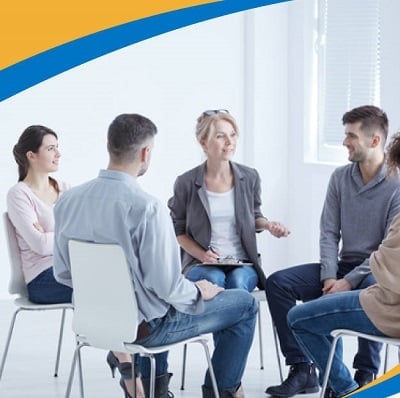 Cocaine can be taken in several ways such as snorting, rubbing inside the mouth, or injecting. Of these methods, injecting cocaine presents the fastest effects. However, the intravenous use of cocaine also poses health and safety risks. Understanding why injecting cocaine can be dangerous to your body enables you to take a step towards addiction treatment.

Cocaine is an illicit stimulant that has been a household name for many drug users. Originally coming from the leaves of the coca plant, “Coke”, “Big C”, or “Crack” was initially intended to battle problems in fatigue or to improve focus.

According to the National Institute on Drug Abuse (NIDA), over an estimated 1.5 million Americans are taking cocaine annually, of which the highest rate is among people ages 18-25 years old. It is easy to see how this drug is addicting–with stresses, personal problems and everything else in people’s plates, cocaine may seem like the only means to cope.

However, it is important to know the effects of using cocaine, and specifically how cocaine abuse leads to a devastating host of problems. In this post, we will be elaborating on the effects of cocaine shooting and the addiction to this drug.

The most common way of using cocaine is by snorting or taken orally by rubbing on the gums. However, many people wonder “Can you shoot coke?” like heroin and other types of drugs. Many believe that this process can help the drug reach faster in the bloodstream, which results in faster stimulating effects. According to NIDA, cocaine can also be taken intravenously via injections, but this is a very risky procedure. Below are some of the possible dangers of injecting cocaine.

Some people with an apparent cocaine addiction may wonder, “Can you inject coke instead of snorting?”, with the intention of getting faster results. Others who have other drug addictions would also think if IV is applicable to cocaine if they are trying it for the first time.

Those who dabble on these thoughts should also think about the increased risk of developing a severe form of cocaine addiction. Since cocaine shooting brings higher doses of the drug much quicker in the bloodstream and then in the brain, the progression of drug tolerance, dependency and addiction happen at a faster pace.

Repeated injection of cocaine or any drug can also increase your risk of developing an infection. If a needle is unsanitized or people end up sharing needles, diseases such as AIDS, Hepatitis C, or Tetanus can develop. In essence, any type of infection can develop when IV use of cocaine is done frequently. Every time you shoot up cocaine, there is a chance that a foreign body can pass through your body’s circulation system and cause an infection.

Overdose also happens more frequently in IV cocaine use. Some users underestimate the potency of a drug when they inject–and this is where it goes downhill. They may think that they need the same amount of drug in liquid form, only to make the mistake and experience an overdose. Cocaine overdose is potentially fatal, and there is an increased risk when you attempt to inject this drug.

Health Risks Of Cocaine Use

Even when you have found methods or people who can show you how to IV cocaine “safely”, there are still health risks associated with long-term cocaine use. Below are some of the effects you should be aware of:

Now that we have understood the potential health effects of both intravenous cocaine use and cocaine abuse in general, below are some of the signs we can detect these problems in a loved one or yourself.

Aside from physical signs, you can also take note of some psychological changes that indicate cocaine abuse:

How Intravenous Cocaine Affects The Brain

Those who may wonder, “Can you inject cocaine intravenously?” should also be aware of how this drug affects the brain. IV cocaine affects the brain the same way as inhaled or ingested cocaine does but at a much faster rate. Below is a progression of how intravenous cocaine enters the blood, and then the brain:

Identifying the early signs of overdose can be crucial to saving a life. If you suspect a cocaine overdose, here are some clear symptoms you need to take note of:

If you notice these signs, it is best to seek emergency medical services right away.

Even if you notice signs of cocaine abuse in yourself or a loved one, know that there is help available. Cocaine addiction can be treated with several evidence-based approaches. The key to overcoming a cocaine addiction safely and effectively is through detoxification in the initial stages.

Detoxification can be done by using agonist or antagonist drugs that help dampen the addicting effects of cocaine in the body. It can also be done by tapering off the dosage of cocaine until the person doesn’t experience drug dependency. Detox should be done in high-quality rehab facilities in order to be safe and effective.

Additionally, it is expected to experience withdrawal symptoms during the detox process. Cocaine comedown can include physical discomforts such as nausea, vomiting, fatigue, tremors, and even emotional distress. However, being in a rehab center makes the process more comfortable and avoids the life-threatening risks of withdrawal.

Following the detoxification process, treatment will proceed for cocaine addiction. These can include a variety of methods that suit each patient’s needs. There is no one-size-fits-all approach to addiction treatment. Some people prefer a spiritual approach to healing, and others would want a more scientific, self-management method for recovery.

The most popular methods include:

Patients and addiction specialists may choose to combine these treatments to provide a customized approach that is deemed effective to achieve sobriety from cocaine.

Whether you or a loved one injects, snorts, or ingests cocaine, it is still what it is–an addiction. Understanding the signs and the dangers of cocaine abuse can help someone get back to living addiction-free.